Pseudo-Science: the reasonable constraints of Empiricism 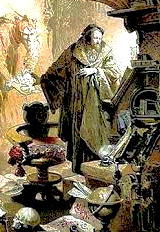 Reporter: Professor Russell, is it true that you do not believe in the Supernatural World?

Bertrand Russell: My dear fellow, I do not believe in the Natural World.

Russell, in his reply to the reporter, rejects a traditional distinction, natural-supernatural, that has nowadays reappeared as grist for both religious and anti-religious patty-cake bakers plying their wares to a public undereducated and generally uninterested in the history of thought.

So it is that in this 21st Century it has become very modish for pundits, introducing themselves as aficionados of Science, to invoke scientific research to make sweeping statements, and to concoct sleight-of-mind distinctions about the Universe, its structure and its contents.

For example, we find Robert Shermer, writing in Scientific American (March 2003, p. 47) citing psychological studies which, he claims, "are only the latest to deliver blows against the belief that mind and spirit are separate from brain and body."

Mind (Spirit) is no more than brain and body. Perhaps that is so. But what kind of empirical science presumes to conclude that its own narrow, Earth-time&space-bound investigations apply across time and space? What kind of empirical evidence can be offered for such a claim?

Such presumption has long been indulged in: for example,

1. The sole motivators of human behavior are pain and pleasure.

2. Love is the hyperevaluation of the sex object.

4. There are no non-environmental determinants of behavior.

These propositions, later revealed as very probably falsehoods, were held and promulgated even by those considered to be the intellectual giants of their era.

Note that they all presume to talk about "all" of some category of things, without indicating limits on where and when to look for evidence disconfirming them. (This "synecdoche fallacy," "Some X is Y, therefore all X is Y" drives not only a lot of commercial promotion, but provides a foundation for much of the impetus for so-called Educational Reform.)

This is not to say that such claims ought to be rejected out of hand as false. Rather, they should be recognized, practically-speaking, as non-empirical, because they are unbounded, i.e. they go beyond what their advocates can produce a critical test for.

Note well: the considerations given above are intended to offer neither aid nor comfort nor rebuttal nor rebuke to the many (often well-intentioned, even if benighted) enthusiasts of esoterica, occult or otherwise.