Describing vs Defining. Does it make much practical difference?

Why don't we teach children definitions for everyday objects? Wouldn't it help them to have a definition of their mother, or their toy train so that they could recognize them?

It seems not likely. Most kids wouldn't need such definitions. Barring disruptions to family life, children usually recognize their parents or toys. Besides, if they "needed" such definitions, would they need to know, in advance, how to use them? Learning to use definitions is usually what happens during schooling and many schooled people don't learn to do it well, anyway.

How do we avoid this logical regress?

Suppose Harry is someone we all know. It is an everyday kind of question to ask, "Can you describe Harry?" It is somehow odd to ask, "Can you define Harry?" This contrast between what it is not unusual to ask with what it is strange to ask points out an important difference between the activities of describing and defining.

Consider, again, the difference between the following answers to the question "Who is the town coroner?"


1. She's the elderly woman who lives in the green house on Logan Street.
2. He or she is the doctor who is elected to conduct official medical inquiries for the town.

We intuit that describing and defining are, in some ways, similar activities but normally differ in, at least, three dimensions: focus, criteria used, and range. The chart sketched below lays out some differences.


Scanning the chart, as incomplete as it is, you can see some items which would be problematic for an intelligence, natural or artificial, that relied on only memory and abstraction for categorization, e.g. uniqueness, typicality, context, for a few. (For more on this see Concept as Abstraction)

For a completed chart and an expansion on this essay with practice exercises to explore the relationship between between describing and defining, see https://goo.gl/atrf21 .

Hard Practical Questions? Handle Them or Dodge Them! Here's How. * 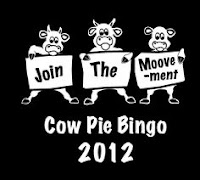 An often useful, cost-saving heuristic. Does watching violence on TV make kids more violent? The answers to this question, it appears, could have important practical consequences. But the question itself is problematic: it is highly ambiguous. And it risks generating time-consuming argument and more.

It used to be all-too-common, although somewhat bizarre, to observe even "professionally trained" people spending a lot of time and energy vehemently debating this question without taking the trouble to first determine whether they all understood the terms to mean the same (or similar) things.

Getting practical answers to vague questions can often be addressed by operationalization, that is, the specification of vague terms, e.g., "watching," "violence," by providing replicable, observable procedures for their determination.[2] The down side is that it might require expensive investigation to answer. All we might turn up, in any case, is a lot of dissensus, an impractical impasse!

Our original question about the effects of TV on children's propensities to violence generates even more problematic sub-questions:


1. What do you mean by "watching TV"? Need a child be paying close attention to it, or would just having it on in the background count? How do we determine how much TV a child is watching?

2. What counts as violence? Football? Mighty Mouse? A dramatization of an assault? Documentary footage from a war?"

In most situations, people would find this detailing process tedious. It distracts from the entertainment purposes of many a "debate," normally a sort-of quasi-intellectual arm wresting, or a contest in one-upmanship. Easy questions are usually thought to be "more interesting" than hard ones if only because they can be appreciated by a wider, "technically-challenged" audience (i.e. anybody having to weigh in on something beyond the reach of their experience).

So it is that even though the rituals of open discussion seem to satisfy our commitments to "democratic" participation, they muddy the flow of decision-making. Operationalization with its consequent query-reformulation process takes much more patience, with no guarantees of high-consensus outcomes to enable a push to the point of practical application.[2a]

Daniel Kahneman calls the reformulation of a query the Question-Substitution Heuristic. Developing heuristics often, if not always, involves operationalizing vague, general terms into something more specific and apprehendable without intricate processes. In his book, Thinking, Fast and Slow, Kahneman gives a chart of comparisons between what he calls Target Questions (hard) and Heuristic Questions (easy).[3]


Chart 1: Abridged from Kahneman (2011) pp. 98-99
Note that working out answers to the target questions, especially when money is involved, is often a laborious undertaking. By contrast, heuristic questions can be pretty much answered off the top of the head: they reduce the information-base for answering to what the questioning persons can easily access in memory. How likely this procedure is to provide good solutions to real problems one might judge by the example of participants of TV talk shows and no small number of our political and social pundits. (The accuracy of an expert, much less a pundit, in futurology tends to randomness. [3a])

But professional scientists, even, have been criticized for providing answers to questions they seem to have reformulated as easy.[4] Congressional response in 1958 to the question, "Why did the United States fail to beat the Russians into space?" was reformulated in the easier "who's-to-blame" mode, and ultimately responded to with the passage of the National Defense Education Act.[5]

The Theory-To-Practice Gap. An example. Public-supported institutions in our democratic society are often under severe pressure to widen participation, little matter whether those to be involved are even minimally informed or not. Consequently, questions that the most practiced and learned professionals might disagree on are usually decided by the least practiced and least knowledgeable of people.

What is mathematics, in its essence? Professional mathematicians can and do disagree. Likewise professional historians, on history. And professional political scientists, on political science. But, for example, educational institutions or systems, have (often elected) local governing boards, who must act to distribute (often, partially) tax-funded budgets. These governors, often with minimal knowledge, if any, about subject matter content, resource-needs and age-appropriate teachability, tend to decide all such questions as matters of budget. Consequently, matters of mathematics and history course contents become fodder for political brewhahas!

The operative heuristic for cost-chary governing boards dealing with broad, general questions is an interrogatory[6] that looks somewhat like this:


a. Are there any foreseeable, imminent and severe repercussions to our ignoring this question? If not, "table" it.

b. Is there any demand for any of these subject matters from Influential Constituencies (ICs) ? If not, "table" it.

c. What costs would different programs, say, of mathematics education, entail, were we to decide to implement one of them in the schools? Get those estimates. (Don’t rush. "Table" it.)

d. Will our ICs likely support us in our decisions? If not, "table" it.

Lets mimic Kahneman’s chart 1. The target question group, in the left column, will contain the kinds of questions encountered, for example in educational governors' meetings (or, even, in casual public discussions). In the right column well put the heuristic questions, the kinds of questions likely to be substituted by governing boards' committees.


Chart 2
From Chart 2 and the preceding interrogatory we can see why, despite much lip-service to the contrary, academic programs will likely continue to be kept in distant second place by educational decision makers in comparison to their personal or political concerns. With a bit of adjustment the processes shown in Chart 2 can be adjusted to many different kinds of institutions and the problems they are faced with.

Why Is It Wise to Consider Using the Substitution Heuristic? The heuristic can be useful for transforming idealistic, but vague claims into something that can be tested for implementation, but ... nonetheless, it's use is somewhat of a distraction from the original hard problem. In fact it may lead quite far from the original problem if cleverly transformed by sloganeering supported by enthusiastic promotion. For example, instead of dealing with the difficulties of admitting underprepared students to higher education, we focus on "expanding" opportunities by reducing entrance requirements. This may address the issue of underfilled classrooms, but exacerbates the problem of second- or third-year dropouts.

The drop-out problems might, in turn, be addressed by giving credit for "experience" or watered-down course work so as to satisfy public perceptions of equity in admissions, instead of funding pre-admission courses in remedial training for academic demands.

A decision-maker ought to learn and retain the Substitution-Heuristic for unforeseen necessities. Why is that? It's because honesty is not always the best policy if one wants to keep one's position or reputation in one's institution. Inverse correlations between celebrated "high expections" demanded and resources available are not uncommon. Just as a stupid question is said to merit a like answer, so does a complex and difficult problem, masqueraded as a simple, "common-sense" inquiry merit calling up an intricate process of analysis, starting with the temporizing of the Substitution Heuristic. Why? Ultimately, for the sake of one's rationality and personal mental-emotional health.

[2a] Clabaugh, GK & Rozycki, EG available at "Getting It Together." The nature of consensus.

[3] Depending on circumstances, heuristics often work and are much more economical than alternative processes. See Gigerenzer, G & Todd, P Simple Heuristics That Make Us Smart (1999) NewYork: Oxford U Press

[5] See Rozycki, EG (2008) at Illogic and Dissimulation in School Reform