Between You And I: Please, Be I's Friend!:
Is case-grammar just a matter of taste?

I had an elementary public school teacher, call her Miss Taylor, who insisted that the correct way to pronounce the word "piano" was pee-ah-no.[1] She gave up trying to "correct" our normal pronunciation, pee-an-o, after many of my classmates began parodying it with such pronunciations as "bahnahnah", "run, rahn, run", "sit, saht, saht", "Mahs-ah-chu-sets". Or, using a popular song lyric, "If I didn't cahr".

Still, Miss Taylor was a good teacher, kindly, interesting and informative. She no doubt acted so as to prepare us to "climb up in the Cold War World," socially, if not so much economically. Had she lived into this 21st Century, however, she might have shaken her head sadly at the many linguistic traditions of "standard" English that have succumbed to an apparently historically uninformed pursuit of status.

Why does status matter? It opens or maintains pathways to wealth and deference. How does one acquire status? Through wealth, inherited or earned, random good fortune, or celebrity. What is somewhat perplexing is that people who already have above average status due to their having higher than average wealth, celebrity, academic degrees, social position, governmental office, or judicial position, appear to have abandoned distinctions of English grammar that, formerly, not even members of the "lower" classes seldom would have abused. 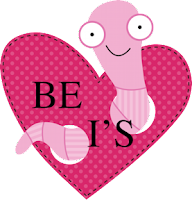 I have heard PhD's (even in the Liberal Arts) say such things as "This will be my wife and I's third visit to Cambridge this year." Not only academics, punctilious in so many a smaller detail, but major media and governmental spokespersons, overcorrect what should be formulated "between you and me" into "between you and I", as if "me" were some kind of dialectal aberration.

So, too, we not infrequently hear "This is a gift for you and we." Have I, him, her, us, them become taboo words? What is going on here? Is every or just any novelty an improvement? (Or, perhaps, a random manifestation of a need to belong?)


So, is it merely a matter of taste? Conceded, some people say "between you and I", others say "between you and me." So what? Perhaps it is a soon-to-be-discarded fad like that of the 18th Century French nobility's dressing up like shepherds or shepherdesses. Or, like American college students wearing pre-shredded pre-faded denims. Or, not so long ago, sporting "Leninist" wire-rimmed glasses and "Russian" workers caps. Even discourse that is at one time considered socially unacceptable, may, at another time be tolerated as "colorful." (See Philosophy, Race and Language. Conflicting Value Priorities )


However, there are three social functions, not necessarily beneficial nor ephemeral, that disappearance of grammatical markers might affect:

1. Maintaining variability in sentence structure while preserving action relationships, for example, in poetry or oratory, or very formal speech. "Let's consider John. Him I would trust with my life!" This is not clearly "merely" a matter of taste. (Compare, English with German "It's all the same to me." with "Mir ist das alles egal." Or, to English speakers, the redundant Italian "La ci darem' la mano.")

2. Maintaining traditions of in-group barriers and acceptance. Such barriers commonly dissolve and are re-erected by all kinds of groups along the lines of age, activity, language, religion, and so on. Slang, jargon, argot and other language variabilities are manifestations of such a function. So are schooling and work divisions, e.g. disciplines and departments. (See Becher, T. Academic Tribes & Territories: the Cultures of the Disciplines. 1989. Also see Multiculturalism & The Problems of Immigration )

3. Maintaining "Targets of Disdain, (TD's)" i.e. classes of persons-to-be-disdained. While still an undergraduate, (for many graduate students and professors, usually considered a TD) I was asked in class, "What does ethnic or religious or other diversity provide a tolerant individual?" I answered, "The opportunity to indulge their belief that "outsiders, although to be tolerated, are not quite so 'fully acceptable' as people of 'their own group.'" Class reactions ranged from a few chuckles, to a small minority of perplexed, to a vehement protestation from a large, apparently upset number -- still not a majority.

I was not championing any viewpoint. I thought I was merely stating a sociological fact. After all, the "holier-than-thou" attitude is so common even among those who ardently preach all kinds of tolerance, that a common joke-line has long been invented:


There are many people who hate others different from them. And I just HATE people like that!

For more examples and to pursue this issue, see The Case for Case

Comment: For more on Grammatical Case, you might begin your inquiry on Wikipedia which has a good presentation with explained examples in many different languages.