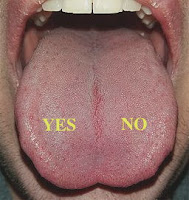 Tact: to lie about others as you would have them lie about you.
-- Oliver Herford

If you tell the truth, you don’t have to remember anything.
-- M. Twain

One of the rituals we often go through as we gradually acculturate children to adult society is to preach, “You should never tell a lie.” The children, then, are left to figure out where there are exceptions to this “rule.” Moral educators avoid this complexity as “hypocrisy,” primarily because they rationalize that kids are too young to deal with it. Children, thus, learn on their own, sooner or later, when and how a demand for information is to be evaded, or satisfied with what they personally believe not to be true. (What the adults’ fear, realistically enough, is that their own kids will come to disagree with them on this matter.)

Truthfulness, that is, the disposition to reveal on request what one believes to be factual, is valued; not absolutely, as we would have our small children or subordinates believe, but conditionally. It is a matter of priorities.

What are some priorities? Here is a list of a very few, more or less in order: Tact, Personal Privacy, and Misdirection of Threat. Let’s check these out.

Tact is easy: unless one has an especially intimate relationship one does not remark to others -- no matter how true -- that, e.g. their breath stinks, their baby is ugly, their child is stupid; their home funishings, aesthetic horrors; or their relatives, deserving of prison.

Personal privacy is established by our claims to the privilege of rejecting requests for (what we believe to be) truth about matters we consider to be “no one’s business but our own.” However, court or police proceedings often redefine the boundaries here. So may one’s social or organizational status. One doesn’t put off answering a police investigator, or one’s boss, with e.g., “It’s none of your business what I was doing in the office last evening.”

The privilege of demanding truth from others, or denying their requests for the same, is not universally equally distributed. Lying and evasion are techniques (often justly employed) for frustrating claims to such a privilege which may avoid provoking sanctions against forthright refusal.

Misdirection of Threat is quite important. Immanuel Kant insisted that lies should be avoided even if, say, telling a known murderer the whereabouts of a potential victim would enable the latter’s demise. Lying under any circumstances, Kant argued, if it became a universal habit, would undermine the assertability of truth.

Kant’s profound Unwisdom rests on a rather peculiar attitude: that a condition, historically very rare (e.g. lying’s becoming a normal occurrence) would have what is likely a highly improbable effect (destroying all trust in assertions.)

(His perspective also assumes a general acceptance of his Categorical Imperative whereby each individual’s actions would be based on principles acceptable as universal law. But, in reality, few individuals are precedent-setters. And, few precedents apply to everyone universally.)

Pure laziness or disinterest, as Twain suggests, makes persistent, widespread lying unlikely given the personal and social sanctions against it, under present distributions of power to enforce them. Prohibitions against lying, (or against anything else) work not because they press for universality, but for normalcy.

The Moral Educator’s dilemma: woe to the moral educator laboring under conditions where the curriculum is universal and the learner population morally diverse, i.e. adhering to different, incompatible “sacred values.” If moral education is expected here to inculcate moral standards, then diversity conflicts might well make it impossible.

But if moral education is mostly an intellectual excursion into ethical diversity it is unlikely to command much of a commitment (read “budget”) from a vehemently partisan citizenry. Perhaps reducing vehemence is the answer.


For references and to examine these issues further, see Trading-Off "Sacred" Values:  Why Public Schools Should Not Try to "Educate"