Do as I say! Not, as I do!: Learning From Bad Example


You've got to be taught
Before it's too late
Before you are 6 or 7 or 8
To hate all the people
Your relatives hate
You've got to be carefully taught
-- South Pacific, Rodgers and Hammerstein

Supposedly, kids learn morality from example or precept. That is, by watching others behave as they should; or, by having it drummed into their heads through merciless repetition.

There must be a third way, since precepts are generally ignored because they are taught mostly by people who are perceived not to practice what they preach. However, children have it hammered into them that it is “good manners” or “mature behavior” on their part not to call attention to hypocrisy. 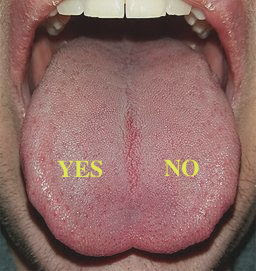 It is particularly hard to forgive clergy and basic educators for their “lapses” from the moral standards they promulgate. (Business, military and show people, like college professors, are already -- it is generally assumed -- well beyond the pale.) What must kids think when their teachers of morality, be it ever so secular a morality, are just thought to be mouthing words to suit their own convenience?

For many years I taught a course in ethics to university students. I would get back many a knowing smile when I would remark, as I often did early in the course, that one reason they might have to study ethics was to be able to tell people they had studied ethics. There were far fewer in that course, year after year, who were dismayed than who felt empowered.

(The secret of life is honesty and fair dealing. If you can fake those, you've got it made. -- Groucho Marx)

Public educators, in particular, are under constant pressure to satisfy the wants of powerful constituencies in their communities regardless of what is good for their students. However, not only are educators seldom taught how to handle such pressures, they are given to understand that their concessions are prerequisite to any recognition, award or promotion they may pursue.

For references and to examine these issues further, see The Ethical Miseducation of Educators