What Can You Believe? Whom Can You Trust? 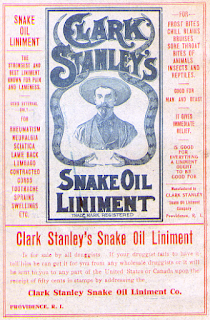 Should you believe a person who tells you that the moon landings were faked on a Hollywood production lot? Why or why not?

Can you trust anyone who tells you he talks with the dead? Why or why not?

Honesty and truth are not necessarily connected. Honest people may promote falsehoods, believing them to be true. Dishonest people may, on many an occasion, tell truths -- for various reasons, usually because they have no stake in it. Involved are two different dimensions of judgment, intention vs. facticity.

These are not particularly deep issues; but some careful thought may be needed to sort out those people we can trust or not, from the reliability of the information we get from them.

A whole lot depends on what they present as evidence. How might you evaluate it?

To continue the discussion, see Can Anyone Talk to the Dead? Assessing Evidential Burdens..

Between violence and cowardly flight, I can only prefer violence to cowardice.
-- Norman G. Finkelstein What Gandhi Says (2012) OR Books,

Many Americans today, particularly those in the “helping professions,” e.g. educators, clergy, social workers, seem to think that nonviolence is a morally superior response to any action, violent or not, inflicted on a non-provocative victim. Victims of violence are to always “turn the other cheek.” Mohandas K. Gandhi is frequently invoked by these enthusiasts of nonviolence as its exemplary proponent. This is a misunderstanding.

Non-Violence was not Mohandas K. Gandhi’s primary goal. His primary goal was Truth. He believed nonviolence to be, in most circumstances, the most efficient means to Truth, which, of its nature, would change over time along with our understanding of it.

Arun Gandhi, Mohandas Gandhi’s Grandson, was asked by the editors of the book, Pathological Altruism (i.e. Barbara Oakley, et al, 2012, Oxford University Press) whether his grandfather’s philosophy of nonviolence was based on “pathological altruism.”

Pathological altruism is any practice or action, performed for altruistic reasons, that nonetheless tends to produce harmful results, either to its practitioners or to the targets of the altruism. (See Oakely, throughout.)

After consulting with his Gandhian scholar colleagues, Arun Gandhi responded to the question in the negative:


To Gandhi, nonviolence was not an end in itself, it was the means to understand the ultimate Truth, or God. Gandhi would say one must be dogmatic in his or her search for truth but not necessarily in the way one reaches that understanding. Although he swore by nonviolence, he also understood that non-violence can become a pathologically altruistic enterprise; it cannot be dogmatically followed if the greater good of Truth is to be attained. (Arun Gandhi in Oakley, p. 250)

Public schools, in particular, have looked to philosophies of nonviolence to rationalize administrative and governance cowardice in the face of violence of all sorts, from bullying to actual assault to mayhem and carnage. Some consequences have been policies ill-conceived to actually reduce violence, e.g. zero-tolerance, in-school suspension, conflict-resolution training, and the like.

Educators, teachers and administrators, upon reporting violence observed in their schools are often confronted with higher-ups retorting, "What did you do to provoke this violence?" Adding insult to injury, the practitioners and abettors of pathological altruism affect an attitude of moral superiority in the face of complaint from victims, suggesting that the victims, too, should practice a "superior" philosophy of nonviolence and learn to “understand” their abusers.

For references and to examine these issues further, see Permissible School Violence