The Department of Justice and four states on Monday filed a multibillion-dollar fraud suit against the Education Management Corporation, the nation’s second-largest for-profit college company, charging that it was not eligible for the $11 billion in state and federal financial aid it had received from July 2003 through June 2011. -- New York Times August 8, 2011

A bitter though old lesson has had to be relearned by the complacent citizens of 21st century America: blind trust in our financial, religious and educational institutions, the sacred cows of our society, yields disappointment and scandal. 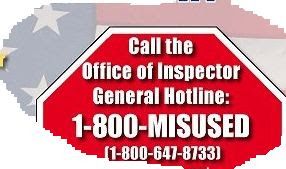 But when it comes to dealing with chicanery in higher education, there is a means for correction. For example, if a university receives federal funds because it is accredited, or has professional programs that are accredited, and if the conditions for accreditation are in fact not met, then those funds have been fraudulently obtained in violation of the Federal False Claims act.

The funds will have to be returned, fines are likely to be levied and the "whistle blowers" who provided information leading to successful prosecution under the act will receive a substantial percentage of funds recovered. This is not a rare occurrence.

Many law firms advertise their willingness to represent whistle-blowers in such cases, -- called qui tam cases, since the whistle-blower represents the interests of the government as well as himself or herself. But qui tam cases are far less frequent than those of us in higher education might expect: law firms seem to be hindered by their lack of knowledge as to how a university works.

Compounding all this is that accrediting organizations are often in cahoots with the programs they are supposed to examining, since accreditation brings in large fees or provides employment to the accreditors. (Law firm members, themselves, often are reluctant to take action against their alma mater or prospective university client.)

What might be done? First of all, law firms might adopt a more entrepreneurial attitude: it will take some upfront money and knowledgable consultancy to obtain evidence of fraud. But both the promise of substantial sharing in the fines leveled by the federal government, as well as the widespread fraud that takes place each year -- I would estimate that in the Philadelphia area alone a potential for several billion dollars in fines exists -- should make the risk worthwhile.

------ For more on this, see "Combatting Educational Corruption"