Upon this first, and in one sense this sole, rule of reason, that in order to learn you must desire to learn, and in so desiring not be satisfied with what you already incline to think, there follows one corollary which itself deserves to be inscribed upon every wall of the city of philosophy: Do not block the way of inquiry.
-- C. S. Pierce (1889) The First Rule of Logic

But even in this, our Land of the Free, Of, For and By the People, blocking inquiry is seen as an indispensible technique to proper socialization, called “good citizenship.” And the basic rule of “good citizenship” is “Don’t question either this directive, or those who have (claim?) the authority to tell you what to do.” Little wonder that “critical thinking” is little more than an empty buzzword in the mouths of those who govern American educational institutions.

Of course, much lip service is given to the idea that education should nourish and encourage a child’s curiosity. But unspoken is the reality that such curiosity must be constrained within bounds whose existence is seldom acknowledged, much less subject to inquiry. For the sake of a “peaceful, orderly society.”

In fact, it is not only teachers, but parents, too, who breathe sighs of relief once they perceive that their children have given up on asking “Why?” and, instead, just pay if only very perfunctory obedience when told to do things.

Much money is wasted when people are given a costly education in which they don’t learn to tell when they are being given a runaround. Much of our formal education is flawed in this way. Even most higher education fails to give people a practical introduction to the many words, phrases and modes of speech used to dissuade us from asking potentially embarrassing questions.

So instead of explanations that might give insight and control to those who ask for them, they are offered terms, inquiry blockers, like “human nature,” “mystery,” “intuition,” “faith,” “feelings” and similar obscurities as “explanations” for many of the important problems they encounter. Such education aims not at empowerment and mastery, but obedience and resignation.

Students in higher education are subjected to myriad "introductory" courses that serve up buzzwords, seldom critically examined, like "market," "ecology," "transcendence," "power," "society" that they may sport as knowledge, even though very little if any practical application is acquired with them. (See Masks: words that hide agendas)

Even worse, the semi-literate condition a great number of people end up in after years of formal education cements their belief that any skills requiring careful attention to the fine points of writing or discourse are dispensible for everyday, practical activities, except for, perhaps, those of lawyers or college professors.

The sad irony is that there appears to be no small number of lawyers, college professors and other “professionals” for whom careful, critical use of language is as much a confused exercise as it is for the average guy-on-the-street. Politicians, advertisers and hucksters of salvation know this and rely on it to make their living.

Some Beliefs Are Neither True Nor False.

This is a strange statement coming from a philosopher, an English Lord, who went to jail because he openly opposed Britain's involvement in World War I. (Conceded, imprisonment is still not a death sentence.) Surely, he knew -- perhaps not at that time -- that there are beliefs that cannot be said to be true or false. They may be judged to be unworthy, precipitous, or unwise, perhaps, but not true or false. 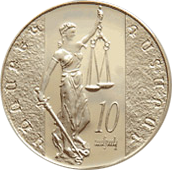 The crucial difference is between "believing that" and "believing in." Believing that is a matter of truth or falsity. Supporting evidence is a relevant consideration

Believing in is a matter of commitment, of faith, or of hope. One may persist in such commitment in the face of strong evidence that it is wrongheaded. We may question the wisdom of such a commitment, but we do not ask for supporting evidence. One can believe in something, without believing that something else relating to it is true or false.

False beliefs are beliefs that something is factually true, when it is not. A judgment that someone's belief is false depends on the authorities one invokes to claim that one knows something to be a fact belying the belief (a belief that) judged to be false.

The most one can say about beliefs in some thing, in some commitment, in some person is that this faith, this commitment, presumes the truth of facts needed to support that faith. To the extent that such facts are lacking, the faith may be at best a forlorn hope.

A religious belief may be foolish, -- many have died or caused others to die for such foolishness. But religious belief in, trust in, commitment to a god is not disestablished by facts based on the authority of empirical science, any more than, say, brain research can inform me that I am mistaken in believing that chocolate I am tasting at the moment tastes good, if I judge the chocolate I am tasting to taste good to me.


To examine these issues further, see Pseudo-Science: the reasonable constraints of Empiricism