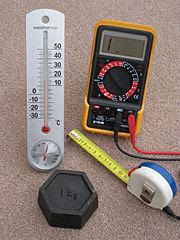 Rather than teachers’ being asked what might provoke disruptive behavior in their classes, they are instructed to look for “functional relations” in environmental variables, as though formulating it this way would make it any less speculative

Then there is Euler’s argument for the existence of God: "(a+ bn)/n = x, therefore God exists". (Maybe God is supposed to equal x.)

Educational research abounds with formulas and statistics. Are they meant to be informative or merely impressive?

To examine these issues further, see The Functional Analysis of Informal Models