Teaching or Mowing: Mastering The First Principle of School Management

It was my first year as a teacher. The students were seventh graders and the course was World Geography. The school year had just begun and it was hot and humid, so I had my ground level classroom windows wide open. As I began the lesson a lawnmower roared by just outside. To my utter disbelief, Copper Bands Charlie, the school’s janitor was cutting the lawn just a few feet from my classroom.[1] The kids could not hear a word I said, nor could I hear them.

I went to the windows and tried to get the janitor’s attention. When he finally noticed me I pointed to his mower, shook my head no and held my hands over my ears. No reaction — just a blank look. I tried a couple of other pantomimes, but he just shrugged and resumed roaring back and forth. 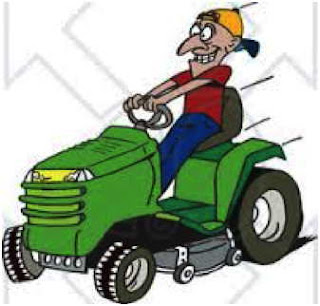 I shut the windows, but the heat was insufferable and the noise still deafening. I tried to conduct class at a shout, but that didn’t work and the kids were starting to snigger. Finally, I forgot the lesson, sat down at my desk, made sure the kids weren’t killing one another and waited until the janitor moved on.

As soon as the class period was over a neighboring teacher burst in complaining bitterly about the grass cutting. I agreed and we resolved to pay the principal a visit.

He saw us right away, listened patiently, leaned back in his office chair, shifted the habitual toothpick from one side of his mouth to the other and said, “Gentlemen, I understand; but Charlie is a very busy man. He has limited time to get everything done. He’s a good janitor and they are hard to find. Besides it won’t be long before the grass stops growing. So be patient.” And with that we were ushered out.

Dissatisfied and more annoyed than ever, we vowed to deal with Charlie ourselves. My colleague was a science teacher and a force pump was among his instructional aids. If you filled it with water and depressed the lever water shot out with astonishing force — a super soaker on steroids! Lacking anything so formidable, I armed myself with a beetle nut (about the size of a small coconut) that was included in my room’s ancient collection of largely useless geography teaching aids. Thus armed, we waited.

When the grass needed another cutting, Charlie and his mower once again roared into action. But this time my colleague squirted him and his mower with a high velocity stream of water while I threw the beetle nut at the instruction-destroying duo. I missed, but the water forcefully impacted both Charlie and his lawnmower and both were steaming. The kids thought the whole thing hilarious.

Of course my neighbor and I were summoned to the principal’s office and crossly asked why we had soaked Charlie and his lawn mower. The principal also added, “And what if that coconut had hit him?” (I thought it unwise to correct him.) We replied that we had reached the end of our tether, that it was impossible to teach with Charlie mowing and that we had already tried asking him for help.

A bit chagrined by our reminder of his earlier inaction, he let us go with a warning. “Don’t ever do anything like that again.” But Charlie stopped cutting the grass during school hours.

This was not the only incident that caused me to think this principal’s priorities were way out of wack. Before the school year began he did not allow any teachers in the building, explaining that he didn’t want the nicely buffed floors scuffed by foot traffic. He also insisted that all classroom window blinds be raised or lowered at matching heights during the day, and be just 6 to 8 inches above the sill at day’s end. He was death on classroom clutter and trash on the cafeteria floor. Attendance registers had to be meticulously maintained. And he was absolutely obsessed with classroom and hall bulletin boards. They had to be attractive, colorful and changed regularly even though I never saw a single kid paying any attention to them.

The one thing he rarely, if ever, checked on was whether the kids were actually learning. As a novice teacher I found this puzzling. As a retired veteran I understand it fully. This principal, who appeared to be a slightly befuddled hayseed, had fully mastered the most fundamental principle of school management. It is, to forget about the mission; i.e. the things that are celebrated, but fail to provoke outrage if they remain unaccomplished. For instance: “Preparing all students to reach their greatest potential, thus becoming responsible and productive citizens.”[2] A principal’s job never depends on accomplishing such lofty humbug. He or she need only give it lip service

Focus instead on functions; i.e. those things that are never celebrated but generate outrage should they remain unaccomplished. For instance, the cafeteria food being ready on time, the school grounds being well manicured (including well cut lawns) the busses being on time, and the attendance records meeting state reimbursement standards.

My principal was not the benighted hayseed I initially took him for. He shrewdly grasped what had to be done and did it. He assiduously attended to every function, making absolutely certain that things ran smoothly and looked right. He largely ignored mission related issues because he knew they were not critical for him and his future.

For a detailed treatment of the mission/function distinction see, Edward G. Rozycki, Mission vs. Function: limits to schooling aspiration.

[1] “Copper Bands” was so named because he habitually wore copper bands on his wrists and ankles to ward off arthritis. (Since he had worn them for years and never developed that infirmity, he was utterly convinced they were effective.