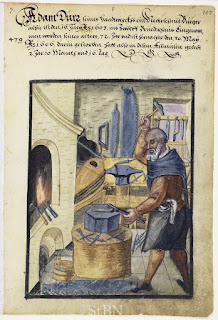 WHY MULTICULTURAL “RAINBOWS” ARE HOKUM
by Gary K. Clabaugh

Immigrant children from every niche and cranny of the globe are flooding into our public schools; and bringing with them a bewildering array of cultural beliefs and practices.

Multiculturalists see this as an opportunity for teachers to turn their classrooms into multicultural rainbows where every shade of the worldwide social spectrum is encouraged to shine. Unfortunately, this ignores the fact that the foreign values and behaviors brought into the schoolhouse can and do often clash with one another. Some cultures even define themselves, in part, by their deep and abiding animosity toward other cultures.

Worse still, foreign cultures not only clash with one another, they often clash with core American values. For example, Americans have finally concluded that women’s rights should equal those of men. But the cultures of some immigrant children oppose that entirely. Some even tolerate honor killings while insisting that it is acceptable for wives to be beaten by their husbands.

Americans also are slowly coming to accept homosexuals as worthy of the same rights as other human beings. Some other cultures still prefer stoning them to death.

Then there is the matter of religious tolerance. Americans have, over time, wisely decided to agree to disagree. But some other cultures still enthusiastically persecute any religion other than their own.

Despite all the present day multicultural hokum, it is child’s play to assemble a long list of cultural values and behaviors that are utterly unacceptable if America is to retain its hard-won tolerance. Plus, let’s keep in mind that many immigrant children do not even want to be defined by their parent’s cultural practices and affiliations. They long to escape these confines and join mainstream America. Should educators join forces with their parents to keep these kids in the old-world fold?

Immigrants bring much that is of value to America. We have no corner on living wisely. But that does not alter the fact that multicultural education is far more problematic than it’s evangelicals would have us believe. Let’s forego all their mindless happy talk and give this matter the serious consideration it deserves.

For a more detailed version of this blog see The Limits and Possibilities of 'Multiculturalism' also offers a number of other commentaries on multiculturalism.

"I have a dream that my four little children will one day live in a nation where they will not be judged by the color of their skin, but by the content of their character. I have a dream today!"
-- Martin Luther King, Jr.

Affirmative action is intended to compensate for past and/or present bias, maltreatment or exploitation. Typically, however, this remedy is misapplied because policy makers fail to recognize numerous classes of victims.

What kinds of people are clear-cut victims of bias, but never included in affirmative action plans? Here is a sample:

The Obese. Obesity is another, often overlooked, physical characteristic associated with discrimination and unfair treatment. Social psychological research on attitudes toward overweight people has shown they are often perceived as lazy, unintelligent, slovenly, and unattractive. Moreover, several studies have demonstrated that such negative attitudes toward obese individuals may contribute to discrimination in the work place. Why are the obese not included in affirmative action plans — particularly if obesity is less an achieved characteristic than an acquired one?

Negative stereotyping and discrimination victimize numerous classes of people. But what does all this have to do with affirmative action? The answer is, "everything." To avoid violating their own cardinal principle, affirmative action advocates must be prepared to apply compensatory measures to everyone victimized by prejudice? But this is not now the case. Currently, some people profit from affirmative action only because their particular group has sufficient muscle to be so qualified. Other groups are similarly disadvantaged, but their plight is completely ignored.

How About This? Here is an interesting way to put all of this together. Whom do you think would most likely land a well-paying executive position?
• An intelligent, well qualified, handsome, slim, tall African American male with cultivated speech, or
• An equally intelligent, well-qualified, but unattractive, obese, short Caucasian male with red hair and a thick Southern accent?

O.K., now which one of them is legally entitled to affirmative action?

Conclusion. The fact is there are many classes of people who are unfairly stereotyped and discriminated against. But it is practically impossible to grant them all compensatory treatment. What is more, since individuals differ, often very significantly, within groups, we risk injustice whenever, whether for good or ill, we shoe horn them into groups.

Admittedly, some individuals do deserve special consideration. Those who are physically and/or mentally handicapped are the clearest example. The limiting effects of things like brain trauma, cerebral palsy, blindness, and the like, can be so dramatic that it is perfectly reasonable to grant victims extraordinary considerations. Even here, though, individual differences matter.

I recall one of my college students who was severely disabled by cerebral palsy. This was before the Americans With Disabilities Act so he was not guaranteed any special accommodations. He was unable to print, much less write, so he asked to tape-record our classes. He also requested oral exams. I agreed. Nevertheless, I still required him to do all of the work at the same level of mastery as his classmates. To lower learning standards solely he was physically handicapped was unfair to them and to him.

He turned out to be one of my best students ever. He went on to law school and ultimately became my lawyer and friend. The individual differences that distinguished him, cerebral palsy notwithstanding, were that he was smart, hard working and courageous.

When all is said and done, there is only one fair, if far more complicated, course of action. Reject labels and rely on individual differences. This is far fairer than cramming people into carelessly considered categories then granting some special consideration while entirely overlooking others who merit the same special treatment.

Why American Educators Should NOT Prepare Students for the World of Work
by Gary K. Clabaugh

I once interviewed a candidate for Director of my university’s Graduate Teacher Education Program. She was a twenty-year administrative veteran of a big city school system who also had been superintendent of two suburban districts. During the interview she kept emphasizing preparing children for the world of work. So much so, in fact, that I began to wonder if she thought schools should do anything else.

I asked her if she also embraced other priorities. Looking puzzled, she replied, "Like what?" “How about encouraging the development of decent human beings?” I suggested. She frowned and said that sort of thing was up to parents and other non-school agencies. Then she added with a measure of condescension, "I seem to have a broader vision than you do of what education is about."

I still wonder how she came to that curious conclusion. But I have never wondered about the origin of her mindless commitment to schooling that focuses myopically on making the U.S. workforce more internationally competitive. That misbegotten priority has dominated every governmental education "reform" since A Nation At Risk— that 1983, Reagan-inspired, blanket condemnation of American public education.

An educator’s primary concern should not be making American workers more competitive. That goal is buncombe. American workers will remain uncompetitive so long as they earn more than their foreign counterparts, so long as public policy actually rewards the export of American jobs, and so long as corporate plutocrats care more about the thickness of their wallets than they do about America.

This is why educators should forget international competitiveness and concentrate instead on things like encouraging compassion, cultivating wisdom, sharpening thinking, searching for what is universal in the human experience, and helping kids to focus on value, not just price. No matter what our politicians and their minions urge, corporate interests should not be given priority over transcendent goals such as these.

Besides, this misdirection of public education is based on a phantasmagorical world of work that has little counterpart in reality. Far more radical changes in schooling would be required to actually prepare kids for the real world of work.

For instance, school leaders might want to further accelerate the rapidly growing outsourcing of school bus driving, cooking, janitorial services, and the like. Then more kids could actually witness loyal employees they may have known for years being discarded like an old shoe. The soon-to-be discarded might even be directed to visit classes and share their experience. Then students will be better prepared for the day when they too might be thrown away.

Periodically screwing the kids out of their lunch money would also be instructive. Leaving them hungry and frustrated would prepare them for the sort of corporate shenanigans that make retirement funds disappear.

Devoting ever-larger amounts of the school budget to administrative salaries and fringe benefits might also be helpful. It would prepare kids for a work world where employees are made worse off so that corporate chieftains can be even more ridiculously well off.

Educators might even want to close American schools, put the youngsters on the street, then open new schools for cheap-to-educate kids in places like India. That way students will be better prepared if their adult job is exported.

U.S. politicians have bullied educators about this world of work thing for so long that some have actually begun to think this is their proper prime directive. It is time for them to wise up and pursue more worthy objectives.

For additional thoughts on this topic, see Tracking in Public Education: preparation for the world of work?.