Another two years gone, and still the same old song in 2010.

The Philadelphia Inquirer of August 28, 2008 reported that the State of Pennsylvania identified Vare Middle School as “persistently violent.” When I attended the then called Vare Jr. High in 1955 and 1956, I saw a kid’s hand run into a bandsaw by the resident gang members. I and my buddies paid extortion fees every day at lunch to the same thugs right under the noses of the teachers. Also, the same hoods forced us to run naked through many a gauntlet of wet snapping towels -- and an occasional belt -- in the locker rooms.

I graduated from South Philadelphia High School in 1960, also listed as dangerous in the 2008 article, and saw little violence personally. I was in the Academic Track and somewhat isolated from most of the school. But I did see a teacher, with great deference, carry the books of the son of a local judge. The son was driven to school on occasion in a limousine, became a State legislator in his adulthood and spent some time in prison for various offenses. A high-class hood.

Also on the list of persistently violent schools was Edison High, where my wife in 1966 witnessed a boy being dragged down a corridor spraying blood from a neck artery. My wife spent part of her career in several other of the listed schools and ended up in Frankford High School, also on the list of dishonor. She took early retirement three years ago rather than continue to work where her car was regularly vandalized, the principal’s leg was broken by a student and reports of fire-fights – with real bullets -- were not infrequent.

Seventeen other schools were listed. What is most curious is that over the years from 1955 to 2010 many a new superintendent has come and gone: each time with great fanfare and newpaper reports of high promise. Each one has left, with overweening praise for his or her accomplishments filling the local papers. And yet these same papers, clucking and mooing loudly, seem not to tire of reporting how student achievement is falling and violence is rising.

Can school systems deal with such things? If not, why pay superintendents such high salaries? Why cover it up in the newspapers?

A local factory whose manager is a friend of the principal, gives fifty brand-new state-of-the-art computers to a junior high school where student achievement is low, attendence is irregular, and vandalism is rampant.

The computers are housed in a room fortified against theft and vandalism with extra locks, screened windows and a full-time classroom monitor to assist teachers who bring their students to this “Computer Lab.”

Why the gift? Don’t ask.


(“Gift horse. Mouth and all that,” teachers are admonished.)

But there were hopes…

might go up, attendence would improve and vandalism disappear.

Within a month the majority of the computers have been trashed: parts broken or stolen. The Lab is not usable as a place of learning.

The anguished cry goes up, “Animals! Criminals! Sociopaths! Naughty, naughty!” Teachers are reassigned, lab assistants fired, students suspended, the general populace of the school crammed into the auditorium for threats and scoldings and short naps. The factory manager lets the principal know that before another gift from his company is forthcoming, the Devil will be relaxing in a tub of ice.

What went wrong? What happened was that, initially, some school realities were disregarded as unimportant:


a. most of the kids had little or no experience with computers; few even knew what they were good for;

b. some of the teachers insisted, before anything else, on teaching programming in BASIC;

c. computer equipment could be sold on the streets to engage the extensive drug culture of the neighborhood;

d. bullying of the more school-involved kids was rampant and discounted as a school problem

.
For more on these issues see The Teacher as Technician: Will Technology Improve Schooling?

Cultural or Ethnic Difference: which is more easily tolerated? 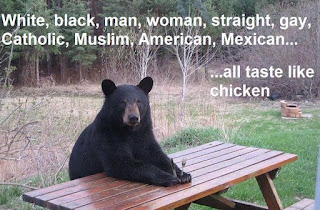 But upper middle class English-speakers have much more in common as a class than a difference in ethnicity, Black, White, WASP, Polish, Irish, etc. might suggest. Ethnicity is a socially acceptable form of cultural difference because it involves little if any real cultural difference.

Ethnic leaders are leaders precisely because they have been assimilated enough to want to trade off cultural difference for a piece of the social pie. To the extent that other members of their groups are willing to make similar compromises and get involved politically, to that extent will their group achieve ethnic status.

The alternative is to risk being treated as deviant beyond the range of acceptable variation and, like the Amish, or any number of small religious sects, invite the importunities of the State.


To examine these issues further, see Edward G. Rozycki, " Pluralism and Rationality: the Limits of Tolerance. Why public schools fail.

A Soviet-era Russian joke: The workers’ paradise -- we pretend to work and they pretend to pay us.

A related hypothesis: any occupation where it is not clear what is being produced, or how what is produced is to be evaluated, will have someone whose job it is to provide “staff development.”

If you release me from my job responsibilities to sit and jawbone about peripheralities and, especially, to “open up” and “confess” how I “feel” about them; then, I might well join in and pretend that you, too, are earning your keep.

To examine these issues further, see How Not to Develop Staff

There has been much concern recently about violence in the Philadelphia public schools. Having spent more than thirty-five, generally worthwhile, even enjoyable, years of my life in the Philadelphia public schools, both as student and teacher, I can assure you that violence in the schools is not the problem. There has always been some violence, often very extreme, in some schools. The basic problem is victimization.

In reality, the School District of Philadelphia, by means of its policies and practices, supports and protects those students who have developed into habitual predators. The victims are neglected. Coverup is standard practice. The violence that has erupted so vehemently in recent months is, as often as not, the attempt of victims to take back some control over their bodies and their personal dignity from the predators the schools pretend are not there.

To examine these issues further, see A Letter About School Violence (circa 1993)