What Does a Consensus Mean, Anyway?

We might be inclined to agree with Baudelaire. In many situations, people caught up in the enthusiasm of a crowd or hypnotized by the rhetoric of a ceremony claim to be in agreement with one another -- and, they often fervently believe it to be so.

The bride and groom at a wedding ceremony may agree to "love, honor and obey." But question them privately afterwards and you will find discrepancies between what each of them explains is their understandings of those words. If no discrepancies initially turn up, ask them after the honeymoon is over. 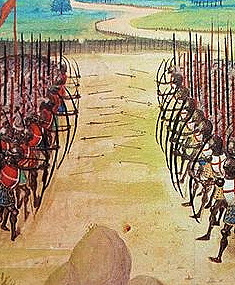 However, what Baudelaire seems to overlook is that an agreement is often little more than an expression of concession or acquiescence. Faced with a potential impasse, parties may make concessions or acquiesce in a formulation of mutual responsibilities that none really find optimal.

Why would they do such a thing? Because, by examining their options, parties to a negotiation may find out that concession or acquiescence is less costly than disrupting relationships with their opponents by, say, walking away. You don’t sever relations with someone you might need to depend on in the future, even if, for the moment, you might strongly disagree with them. (See Choosing The Lesser Evil: a Moral Failure?)


To examine these issues further, see The Indeterminacy of Consensus

“Nothing is more fairly distributed than common sense: no one thinks he needs more of it than he already has.” ― René Descartes, Discourse on Method

David Hume saw Locke’s theory as disabling the distinction between what we nowadays call “correlation” and “causation.” Our sensations are of events in our experience. All we can observe through our senses, even our senses amplified by instruments, are events. But we are in the habit of believing in cause and effect if one kind of event is consistently followed by events of another, different kind.

Indeed this tendency to connect one predecessor class of events to another following class gives rise to the fallacy of post hoc, ergo propter hoc, “after that, therefore because of that.” For example, people more often feel queasy after eating raw clams, than after eating zucchini; so, they think, "Raw clams cause queasiness more so than does zucchini.” (But what if people who eat raw clams stuff themselves more frequently than those who eat zucchini?}

Between correlated event-classes we do not observe an intermediate event, a causal nexus, as it is sometimes called, that helps us distinguish between causation and “mere” correlation. True. But there is another way to look at this.

Maintaining Cause and Effect. Immanuel Kant attempted a rescue by proposing that Locke had gotten it wrong. The Mind (in German, Verstand, translated both as “mind” and as “understanding,” -- not Seele, Gemüt, or Sinn also translatable as “mind”) does not merely make connections of sensation brought in through the senses. The Mind’s very structure tends to process correlative event classes as cause and effect. We can hardly help but understand -- at least initially -- repeated correlation as indicating cause. This theory has been found to be much more attractive in the US since the withering of radical Behaviorism in the later 20th Century. (See A Critical Review of B.F. Skinner's Philosophy )

However, invoking some logic, there is a more direct way of thinking about it. We can accept Hume, yet maintain the distinction between correlation and causation. Consider universal negatives, which are statements that propose that, at any place or at any time, something is not; or, that nothing is, a certain way or thing.

For example, “There are no such thing as dragons,” or, what is logically equivalent, “There are no dragons, anywhere, ever.” The issue here is not whether the claim of the non-existence of dragons is true or false; but, whether there is an observation we -- or beings like us, of limited breadth of experience in space and time -- can perform to establish it.
Reconsider the example given above about the relation of eating raw claims and queasiness. The very argument against its being causation demonstrates that we bring much more to such a causal claim than a narrow consideration of correlation: we consider possible alternatives, or intermediaries, standardly characterized as confounding or mediating variables. A host of assumptions and presuppositions supports our observational reports.(See Identifying Trans-ideological Epistemological Presuppositions)

The “Common Sense” of American (School) Reform. There is always the possibility of hidden, overlooked or disregarded causes or effects that undermine an assertion that one situation causes another. As many have discovered, an apparent “common-sense” causal relation can disappear under closer scrutiny due to confounding or mediating variables.

There are a host of causal myths involved with all sorts of reform efforts, in particular, American education, primary, secondary, and higher, be it public, private or parochial. For example:

Bad or insensitive teachers are the primary cause of failing students.

Students have learning styles. Teachers can teach to them, i.e. no child is unteachable.

College is a pure waste of time, i.e. nothing worth the cost is learned.

Today’s schools are in a position to forestall 21st Century employment problems.

Such “common sense” beliefs underlie the hubris that drives a great many of today’s school reform undertakings. Their prospect is to continue on in a century-long American tradition: the cavalier waste of mis-aimed scarce resources leading to reform failure.

To examine these and related issues at greater length, see Moral Responsibility in the Education Industry:  how much can school reform enhance a student's occupational fitness?)

THIS REQUEST IS WITHDRAWN UNTIL FURTHER NOTICE

In addition to provocative reading, the journal offers publishing opportunities for faculty, and capable students.

Here are links to those issues:

A decision will be made within three weeks. We are more interested in substance than form, so we accept any standard academic style. To facilitate blind review, the author’s name and institutional affiliation should not be on the article itself.

Unlike most journals, NEF is free. Readers are asked to contribute only if they find the journal valuable. Our first three issues have been downloaded more than 50,000 times to date.

We also want to let you know about the multi-interest website, http://www.newfoundations.com. It was painstakingly constructed pro bono over the past decade and now serves over 3 million yearly visitors. It offers an abundance of free resources and welcomes worthy new content and links. Send them to: erozycki@verizon.net.

Support Disappearing for the “Common Core:” what that tells us about education reform.

A fundamental lack of agreement concerning the means and ends of public schooling is the basic reality that has troubled, presently troubles and will continue to trouble every serious national school improvement effort. The only way to generate broad national consensus is by formulating goals that are so vague as to be practically useless.

This even applies to goal setting at the local level. Google search a sample of school district mission statements and see for your self. Most consist entirely of happy talk and buzz words. It is in this way that a broad, but mud puddle shallow, consensus is maintained. But if we press for details, the broad consensus invariably disappears.

At first it looked as if the “Common Core,” which focuses on “core skills” and is supposed to promote “real understanding,” was the exception. It appeared to enjoy wide public support. Forty-six states initially joined in. But the latest PDK/Gallup poll of the public’s attitude toward public education shows that as people learn more about the “Common Core,” their support vanishes.

The early absence of public opposition was apparently born of ignorance. A year ago two thirds of those polled said they hadn’t even heard of these standards. Now more than three-quarters have heard of them; and 60% of those surveyed don’t like what they heard.

This isn’t the first time public support for national education standards have evaporated. Two decades ago President Clinton urged standards-based school reform; and Congress responded by passing the Educate America Act. It featured wildly ambitious, although vague and sloganistic, goals. One objective, for instance, was that by the year 2000 every child was would enter school ready to learn. Other goals were that: U.S. students would be first in the world in mathematics and science; every school would be free of drugs, violence unauthorized firearms and alcohol; and every school will offer a disciplined environment conducive to learning.

Who wouldn’t welcome such utopian, if vague, outcomes? But experienced educators could only wonder what Congress had been smoking when they passed such a law, because it certainly could never be realized. But before their unachievable goals went up in flames, Congress wisely backed off, deemphasized standards, and substituted a loosely linked string of projects and computer purchases.

Then, in 2002, came No Child Left Behind. Here again, Congress attempted to set national standards. But they dodged the consensus bullet by defining key standards so vaguely that it gave states lots of wriggle room. For instance, states are required to employ only “highly qualified” teachers and set “one high, challenging standard” for every student. But each state is permitted to establish its own definitions of these terms.

The wimpy result was utterly predictable. With few exceptions, state officials did their level best to adopt definitions that suited their existing circumstances. With the shameless aid of President Obama, for instance, California officials circumvented a federal court ruling and straight facedly declared novice interns “highly qualified” teachers — which is the logical equivalent of declaring black, white. Why do this? They are unwilling or unable to make teaching in California’s educational Calcutta’s sufficiently attractive to draw and retain teachers who actually are ”highly qualified.”

No Child Left Behind also requires schools receiving Title I funding (based on the number of impoverished kids enrolled) to make “adequate yearly progress.” But here they made the mistake made in writing the Educate America Act: namely, instituting impossible requirements. In this case they prescribed that all students must reach 100% proficiency in grade level math and reading by 2014, under penalty of mandatory intervention. Well, 2014 is here, and the patent ridiculousness of this goal now is obvious to all. Or perhaps I should say, obvious to all but the most incorrigible Pollyanna’s. Of course, any competent educator could have told them this demand was preposterous — had they condescended to ask.

Predictably, these would-be reformers are now confronted with a long and rapidly growing list of abject failures to meet NCLB’s requirements What should be done? Well the feds certainly cannot intervene as the law prescribes. The disruption would be epic. So, the practical “solution” is to grant waiver after waiver. In fact, since February of 2012, 43 states and the District of Columbia have been granted waivers. In fact, NCLB might eventually be washed away by a tsunami of waivers that were necessitated by the law’s unrealizable requirements.

Federal politicians, past and present, claim that they build wiggle room, discretion and definitional laxity into their educational goal setting to avoid excessive federal oversight. But tightly defined national standards would, in fact, be political suicide. Why? Because their formulation collides head-on with the fundamental reality that Americans cannot agree on what the nation’s school kids should know or be able to do — or, for that matter, how they should learn it.

What is to be done? Well, to avoid the consensus problem, “leadership” will continue to concoct vague goals. This strategy pushes more and more actual decision-making onto frontline educators. The closer one gets to actual classroom practice, the more counterproductive vague goals are. When it’s time to actually teach somebody something, you can’t feed that bulldog bullshit. Real decisions have to be made. That's why the motto that Harry Truman displayed on his presidential desk fits every frontline educator: "THE BUCK STOPS HERE!" Of course, where the buck stops, so does the blame.

For examples and to examine these issues further, see The Nature of Consensus)