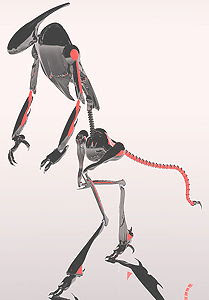 Not so fast! That’s a quick response, but an inaccurate one. It’s only part of the story, because recognition needn’t depend on recall. An example: however hard you looked, you can’t recognize (in 2015) the 46th President of the United States. Why? Because he or she hadn’t been elected and sworn in , even though he or she, as a person, existed then. There was not even a likely candidate for the position down the road to guess about.

Weirdly Inhuman Artificial Intelligence. David Berreby in his article "Artificial Intelligence is Already Weirdly Inhuman gives some surprising examples of how neural-net computers consistently "miscategorize" visual input data. Two almost identical (to humans) pictures of a dog are classified as a dog and a giraffe. Two relatively random patterns of speckles, discernably quite different to humans, are categorized as a starfish and a cheetah. Berreby comments that no one has yet an explanation to offer for these results.