Not so fast! That’s a quick response, but an inaccurate one. It’s only part of the story, because recognition needn’t depend on recall. An example: however hard you looked, you can’t recognize (in 2015) the 46th President of the United States. Why? Because he or she hadn’t been elected and sworn in , even though he or she, as a person, existed then. There was not even a likely candidate for the position down the road to guess about.

Weirdly Inhuman Artificial Intelligence. David Berreby in his article "Artificial Intelligence is Already Weirdly Inhuman gives some surprising examples of how neural-net computers consistently "miscategorize" visual input data. Two almost identical (to humans) pictures of a dog are classified as a dog and a giraffe. Two relatively random patterns of speckles, discernably quite different to humans, are categorized as a starfish and a cheetah. Berreby comments that no one has yet an explanation to offer for these results.

Charades of Evaluation: mis-connecting cause and effect

"…passing a failing student is the #1 worst thing a teacher can do. … Changing grades is the most undermining contribution to a student’s failure, but above all else – it invalidates your data. Putting aside creating and submitting inaccurate school data for the moment, entering a 'false grade' will make it virtually impossible to reliably measure any improvement of your skills as a teacher. Your improvement will now be based on unsound and worthless data." -- M. Cubbin (8/2/15) The Business of School

Pseudo-Evaluation. Data are not fundamental. On their face, data cannot be distinguished from outputs of a random number generator. Data are like shell chips on a beach mixed in with sand; or, like foam on the tide. (For an article relating “data” and “objectivity,” see Can Criminal or Immoral Behavior Be Dealt With Objectively?)

Far more important to know is what the processes are by which the putative data are collected. And even more critical is knowing which theories connect the data and collection process to what supposedly they indicate. 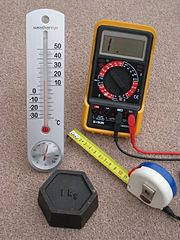 Much “data-collection” is like trying to identify proportions of bird-species during a fall migration. If the process were merely to tally varieties of southward flying objects, we might well end up confounding red-winged blackbirds with jet planes and monarch butterflies. (See Is It Really a Test? Or Just Another Task?)

In the above epigraph, Cubbin presumes a connection, presumably ideally possible, between school grades, student failure, and teacher skill. Using teachers as graders cuts costs, but is begging for inconsistency: not, because teachers may not “know their stuff.” But, because many institutional processes can overrule even the best of teachers’ judgments, e.g. administors’ prerogative, special education policies, or political involvement in the grading process. There is little consensus, when interest-group push comes to shove, on either goals or concepts appropriate to education. (See What Does a Consensus Mean, Anyway?" )

Requiring teachers to grade then grading the teachers is like judging baseball coaches using their players' batting averages. There will likely be only a tenuous, if any, connection between the data and any causal relationship to coaching (teaching) efforts. (See Power Failure: Losing the Series; Blaming the Bat Boys )

The Diploma-Holder Markets: is the customer always right? An important assumption Cubbin seems to make is that markets for test-passers are comprised of persons looking for those who possess certain proven skills. This is only a minor proportion of the markets for certificate- or diploma-holders.

Consider these other markets for whom actual skill levels are a distant, if even, a second consideration to applicant grade-point average:


a. Colleges, public, private or commercial, who have external, e.g. federal, or foundational, funds available for applicants with a certain grade-point average -- especially if the recipient institutions have tight budgets;

c. School districts needing both adults certified as teachers, and students with birth and health certificates, in order to be run at even somewhat remove from peak efficiency;

e. the children applicants, legacies, to colleges which favor (paying) parents who are past graduates.

If skills really counted, there would be something like board standard examinations to be passed; normally, to be retaken at standard intervals. Teacher grades would not be accepted in place of board exam results. (See The Dangers of Diplomas)

But where the sheepskin alone is most important, rarely will the sheep’s diet be.


For examples and to pursue the issues raised in this essay, see

1. “Data-Driven”: a slogan to distract from organizational disagreement?;

2. Classification Error in Evaluation Practice:
the impact of the "false positive" on educational practice and policy