Armed Guards in Public Schools: will this prevent violence?

For in much wisdom [is] much grief: and he that increaseth knowledge increaseth sorrow. -- Ecclesiastes 1:18 KJB

Did you know that there are “mental hospitals” in which are incarcerated young children, at least as young as seven years old, who have murdered other human beings? A relative of mine who for several years worked in such a hospital with homicidal children -- until he burned out -- told me that he thought that what those kids really needed was good parenting. He insisted on this even though, from time to time, he had to disarm a child who attacked him with a hastily improvised knife or club.

We all just want to be happy. But some of us are willing to sacrifice too much in pursuit of that happiness. Many people are self-lobotomizing. You find them everywhere among parents, educators and in the “helping” professions -- but frequently even in politics, business and in the military. It is just too much to bear to accept that people we love or esteem might -- lacking extreme duress -- have committed some heinous act against another human being.

Having spent more than thirty-eight years in the School District of Philadelphia (as both student and teacher), I know from direct experience and from talking with my peers that violence in schools has been around for at least that long. (However, see Violence, even in school, is not necessarily wrong.) But, like today, it was not everywhere; not even in a substantial minority of schools. 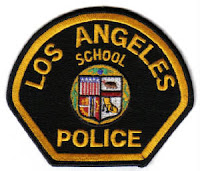 But where it was common the school had a widely known, if seldom loudly declared reputation as a hell-hole. When I was in junior high school (1954-57) teachers, administrators and local politicians knew which public schools not to send their kids to. And they pulled strings to make sure their kids could avoid them. (I was not so lucky.)

But a New Day was to dawn: The Philadelphia Inquirer of April 9, 2011 reported that city officials in education and government were considering a proposal to place armed police guards in every Philadelphia school. That would complete the circle: compulsion to incarceration. Parents would be compelled by law to send their kids to schools where there were armed guards; thus, no doubt giving the students ample experience for the penal system many were said to expect to graduate to. (The outcomes of the official considerations, if and when completed, were not given much, if any, media attention. No bleed, no lead.)

With armed guards in their school, students in Philadelphia would be able to enjoy “the prison experience” without even having had to commit a crime. The system could, for example, start budgeting for HIV prevention. (Or perhaps they might permit gangs go take over some supervisory functions, just like in many a “real” prison. See Intervention: helping, interfering or just being useless?)

We might hope the inmates, (oops! …) --- the kids — might acquire the wisdom of real prison inmates and come to understand that even armed guards can’t prevent violence in the institution so long as our educational, business and governmental “leaders” narrowly pursue their own personal interests, able to disregard in-school happenings.

For references and to examine these issues further, see School Violence, Punishment, and Justice
also
Do Warm Hearts and Gentle People Promote Violence? You Betcha!

The Desired Ideal: a Docile Citizen? Or...?

It is better to be violent, if there is violence in our hearts, than to put on the cloak of non-violence to cover our impotence. -- Mohandas K. Gandhi (See Was Non-Violence Gandhi’s Ultimate Goal?)


In the many years I taught classes in ethics, both inside and out- of the university, I encountered fewer than five or so implacable pacifists. These were people who professed themselves ready to sacrifice their nearest and dearest to death by unjust, intrusive attack, when they themselves could only intervene with violent action. In every case, I would ask them how they would justify letting their loved ones perish for the sake of their own, possibly egoistic, commitments.

They would reply to the effect that they believed in an after-life in which those loved ones would find a better situation. Also, they indicated that they were not ready to pursue that train of investigation: change the topic. (But see Belief, Disbelief, Truth, Falsehood and Faith.)

Adults, parents, teachers and counseling personnel all over this great country of ours have gotten into the habit of preaching to their children or underage charges that "Violence is never the answer." Every kid, when confronted with such easy pacifism, immediately recognizes two things:

1. What they are being told is false; and,

2. Their mentors are either not serious, or out of touch with reality, or liars.

All kids have to do is listen to the radio, watch TV, or pay attention to their elders' behavior to see more than ample proof that violence, on some occasions, is very likely reasonably, the unavoidable answer. Their easy preachment against violence, a dollar-store pacifism, is just one more depressing example of a major rule of everyday adult practice: "Do as I say, not as I do."

Another preachment kids encounter regularly is that if someone hits them and they hit back, they (the original victims) have "lowered themselves to the level" of their bullies. What's this "level" nonsense? Why is physical violence lower, more reprehensible, than the psychological torture inflicted by sharp tongues spreading malevolent gossip? Do psychological torturers imagine themselves morally superior because they refrain from touching their victims? They aren't; and, no kid who can fog a mirror thinks they are.

It's hard to be a parent, or teacher, or counselor. You don't want to encourage random unconstrained physical battle. Not because it's morally inferior -- look at the many sports which are both violent and educative because contact is controlled by rules -- but because it runs risks of outcomes that outweigh any benefits to be gained in the combat. Also, kids are prone to sudden seizures of anger, which, if restrained and reflected on, can be controlled to their benefit. (See Permissible School Violence)

On the other hand, who imagines that any kid with half a brain can't recognize hypocrisy? And what does this hypocrisy teach?

a. People in authority don't really want to get involved in having to exercise -- and make public -- their weak capacity for rational or fair judgment;

b. Talk is cheap. Fast tongue exercises authority as it dodges challenge;

c. Adults (superiors, leaders, gentry) are, at best, inferior teachers or models, who don't want to get involved with kids (inferiors, followers, servants) beyond what is absolutely necessary. 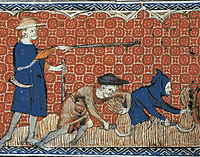 Docility is valued -- is preached to be a sign of "a superior person" -- because a docile person offers little resistence to a superior's importunity, is long suffering, and, in continuing traditions of hypocrisy, undermines himself or herself morally so as to destroy any basis for resistence to exploitation.

Pacifism, which starts out with the highest, the noblest, hopes of transforming human societies to tolerance and love, when glibly practiced in the contexts of our power-ridden institutions, becomes the means by which courage and forthrightness are fed to tyranny.


For references and to examine these issues further, see Doing Violence to "Violence"

Maintaining Traditions of Practical Wisdom: Not Becoming a "Fool."


Practical wisdom is not musing about how someone else in a hypothetical situation ought to act. It's about "What am I to do?" -- right here and right now, with this person. A practically wise person doesn't merely speculate about what's proper; she does it.
-- Schwartz, B & Sharpe, K Practical Wisdom. The Right Way to Do the Right Thing. (2010) New York: (Penguin) Riverhead. p.7. 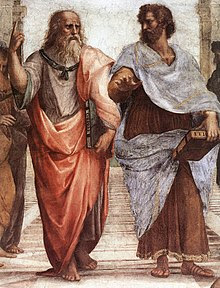 Ever noticed how many of the things we purchase come with assurances of "foolproof" usage? Why is that? Probably because, in order to save money, we purchase things that need assembly, or finishing of one kind or another, yet we are unlikely to have the familiarity with the objects involved to know how to avoid technical problems with them.

Those of us with a lot of schooling like to believe that having read abstruse texts and done difficult mathematics has somehow made us clever and handy when dealing with physical objects in the real world. Why waste money on completed items, or hire presumed "experts" -- likely a person with a few days instruction -- to assemble them for us, when we can do the job ourselves?

But just try, for the first time, to do any of the following:

a. digging a round hole one foot deep;
b. baking a soufflé ;
c. hammering a nail into a board;
d. assembling a small multicomputer network with peripherals.

We would do well to start off with some ancient wisdom: nothing is as easy as it looks. The few days' instruction that the kid at the hardware or electronics store gets is a few days more than we have. But, rather than take a few days to consider and prepare for what has to be done, we -- not wishing to "waste time" -- rush ahead and, if we are lucky, do a barely passable job.

If we break something, we put it back into the box and take it back to the store, telling them that "it came that way." The merchant, without objection, takes it back -- he has insurance (or warranty sales) covering such losses; and, a sale is a sale, the profit being substantial enough to cover several replacements -- for which they get credit from the manufacturer anyway. "Practical wisdom" often trumps even "honesty."

Social obligation can suppress personal virtue. Ruth Benedict in The Sword and the Chrysanthemum. (1946) Boston: Houghton, gives an example in the Japanese complaint, "I lost my virtue by fulfilling my obligations." This is offered as explaining why, in a "normal" movie plot shown to Japanese subjects of Benedict's research, a teacher shields his wealthy yet thieving mother from opprobrium, accepting the blame for the theft of school funds. This, in turn drives the teacher's wife, taking their young child with her, to commit suicide (and murder) rather than live with the familial shame. Filial piety, in some cultures, trumps many a personal consideration. (Consider the fatal feuding between the Hatfields and the McCoys. See also Honor Killing. Serving the Idols of the Tribe.)

"Modern" cycles of short-term use and replacement, "planned obsolescence," keep much of the economy going. But if fashion, alone, can't make you "upgrade," foolishness, e.g. mechanical ignorance, or deliberate planning, even, will. (Just think of mobile phones, "finished" and sold encased in slippery glass.)

But planned obsolescence or planned fragility works not only for mobile phones, DVD players, IKEA furniture, or automobiles or houses -- "fixer-uppers" -- , but also, increasingly, for medical care, law, scientific research and education. (See Schwartz & Sharpe, cited above, throughout.) Political and market, rather than disciplinary, considerations are at work to "fool-proof" the professions.

In education, unlike in other public service professions who know better than to wash their dirty laundry in public, there are always crusading "reformers" who are quite willing to point out who the fools are: thus we have recurrent attempts at "teacher-proofing" the curriculum. (See see On The Viability Of A Curriculum Leadership Role )

The success of this approach can be judged, for example, by the fact that, despite great hoopla and hype, Teach for America has yet to take over even small minority of public schools. It is the rare dilettante who has the patience, the dedication, to pursue expertise.

Even more painful for the greater majority of Americans to contemplate is, in these early days of the 21st Century, how dilettantism, not to mention rank incompetence has undermined vital functions of our national government.

But public service professionals, themselves, tend to shy away from rigorous resistance to the inroads made by those who would dilute professional norms and judgment for the sake of easy political and economic gain.

For references and to examine these issues further, see Minimizing Politicization in Public Service Decision-Making