What Can Public Schools Teach?

The last lynching in the U.S., involving victim Michael Donald, happened on March 20, 1981 in Mobile, Alabama. I was 38 at the time and never heard of it. In fact, until I looked it up in order to write this blog, I never knew of it. I was a school teacher at that time in the Philadelphia School District, working in an inner city junior high school. I never heard a peep about any lynching. 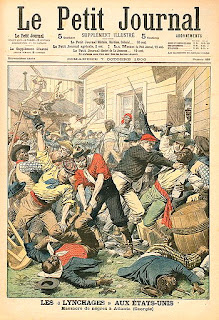 While I was growing up, attending public schools, I never heard in school of Japanese American internment during WWII, or of Pogroms in Europe, or of Harriet Tubman, or of the Trail of Tears, or of the Homestead Strike or of attacks on Catholics in Philadelphia by “Nativist” Americans. Why?

American public schools developed in a culture in which the following values were considered superior by most of those who supported the schools:

These values defined a group of people who were taught – as many still are -- to consider themselves innately superior to those outside the group, even to the point of using civil and military power to subjugate and even annihilate resistant outsiders. Superiority justified even brutal domination. (Of course, lacking power and being White, male, Christian, etc. in other parts of the globe would have likely made one receive, rather than give abuse – since brutal domination has never been unique to the U.S.)

Times have changed. The voices of former “inferior people” cannot be so easily suppressed. We, those of us historically privileged who have the guts to look and see, have recognized that our esteemed forefathers, our beloved parents and relatives, were mere humans, also. No more or less greedy, hateful, brutal, grasping and hypocritical than many of us are today.

And yet there is a vast disagreement on particulars: both about facts and about values. Who provoked the Battle of the Little Bighorn? Who massacred whom? Who was rightfully defending themselves?

Where there is profound lack of consensus, the public schools have no place teaching as though that consensus existed. To insist otherwise is also to practice domination.