The brain is a construction of the brain. -- Nietzsche

There Must Be a Better Way! (The proctological principle?) I was waiting in a doctor’s office to arrange an examination, when a nurse answered a phone call. The irate voice on the other end of the line resounded throughout the small room: “I’m getting a colonoscopic exam tomorrow and I’m told I have to flush my system out by drinking a gallon of some insipid water concoction over the next twenty-four hours.” “That’s correct,” replied the nurse. “That’s absolutely ridiculous!” retorted the caller. “In this day and age there must be a better way to do it!” “No, sir. There is not,” responded the nurse.

A stream of expletives gushed from the telephone receiver. I thought to suggest to the nurse that she advise the patient to use a plumber’s snake instead of the prescribed water solution. But I kept my silence. 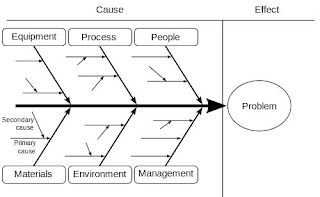 Practically Necessary Beliefs. Our way of life depends on a certain system of beliefs handed down through the centuries, although substantially modified in the process. Our notions of self-control, insanity, responsibility, criminality, and justice rest ultimately on the belief that some events relate to one another as cause and effect.

Daily we debate about who has done what; or, who can do what -- pretending all along that these “practical” questions have little to do with what “ivory-tower types” would call “philosophy.” In the debate we presume our investigations rest on a firm foundation: not merely the “belief,” but the “reality” of cause and effect. The operative train of thought here seems to ride on the Proctological Principle: if we (think we) need it, it must, in this day and age, be “a reality.”

Are Cause and Effect Illusions? Bertrand Russell recounts in his memoirs how, as a young man, he woke up in his bed one morning and came to a frightening understanding as to what David Hume meant by his theory of causation. All we ever observe, Hume had written, are correlations; regular sequences of event. Cause is our interpretation, our belief, more commonly, an assumption that normally observed regularities of precedence and propinquity will continue into the future.

Russell feared to step out of his bed onto the floor. It might, if Hume were right, suddenly open up beneath him, since there was nothing more than assumption to guarantee the persistence of its support. Thus, he would fall into an abyss of … nothingness (?).

(Russell’s reasoning here is somewhat inconsistent: If he could not trust that the floor, though sound and normal, would continue to support him, how could he come to any conclusion about what might happen next? Maybe he might float over the abyss!)

Being ultimately a pragmatist, as we all tend to be, Russell got past this fear and out of his bed and on with his life. Possibly he came to the realization that his bed, too, -- or the foundation of his house, or England in its entirety -- could just as likely open up to swallow him as he imagined the floor might.

Ultimately, perhaps, Russell, being a philosopher, might have come to concede (he did so, later) that there is more involved in identifying cause-and-effect relations than what our perceptions give us. Even today we warn our students, friends, associates, and acquaintances, perhaps, -- often futilely -- that mere “correlation” neither indicates nor denies “cause.” Little matter; if they are gamblers, day-traders, newspaper columnists, or political incumbents, they tend to ignore us.

Cause = Perceptions + Assumptions. Russell’s, and our, ability to act in this world rests heavily on structures of trust in generally unproven (and purely empirically unprovable) regularities of persistence. We construct edifices of trust with bricks of hope and desire cemented together with no more than the mortar of our assumptions. (See Varieties of Explanation & Cause.)

Immanuel Kant, some decades after Hume, presented a counter to Hume’s apparent empirical skepticism by denying that the human mind could go beyond experience, even such experience as augmented with scientific apparatus, to settle questions such as the “nature” of causation or objectivity. Our knowledge, Kant says, such as it is, is limited to phenomena.

Phenomena are constructed within the framework of human categories of understanding, which constitute the structure of the human mind, although interacting in someway with entities -- or entity -- of the extra-phenomenal world. Number, unity or plenty, says Kant, is a category of human understanding; not necessarily to be expected to parallel extra-phenomenal “reality.” (Check out the notion of quantum entanglement to appreciate how Kant's distinctions still retain relevance; although, he seems not to have considered how developing technologies and theories might interact to substantially expand human experience.)
It is amazing how many people in so many walks of life just hate this kind of theory: the theory that in culling out the true from the false, the wishful or delusional from the real, we ultimately invoke items of belief that themselves can only be judged, ad infinitum, by invoking other items of belief. (See Getting Down to Facts: can we avoid making assumptions?)

Is there a Bedrock of Knowledge? So what if claims of knowledge are always risky, resting on a potentially infinite chain of assumptions? Why the panic? Or more likely, the dismissive disdain? (Much more polite, if more condescending.)

I suppose it’s frightening. What? No absolute bedrock of The Known upon which to build our temples of Value, Prestige, Justice and Faith? Must everything be at risk? Can we, no matter how high our IQ or repute, how vast our wealth or influence, never be free from the risk of mistake?

But does it really matter whether we occasionally stumble through life, rather than exhibiting perfection in all our decisions? Apparently to some people it does. Many who would reject the idea that knowledge may be essentially tentative are not inclined to even bother to present counter-argument or -evidence. Their basic concern, one might suspect, is more to preserve their incumbency in privileged positions; or, their right to importune others less empowered, i.e. to be in a condition of permanent moral hazard.

For references and to examine these issues further, See Buffering: Enhancing Moral Hazard in Decision-Making?

See also Varieties of Explanation. & Cause

**Consider the similarities also in

Isaiah 45:7 (KJV) "I form the light, and create darkness: I make peace, and create evil: I the Lord do all these things."

And, also, the conversation between Faust and Mephistopheles (1335-1337 and 1345-1358 Original German edition, my translation -- EGR) wherein Faust's question as to who Mephisto is is answered "I am a part of that power that always pursues Evil yet always yields Good."

Faust counters, "How can you be a part of something when you present yourself to me as a whole?", Mephisto replies,"... Although (you) a human, from that a tiny world of fools, may consider yourself a whole, I am a part of a part that once was Everything, the Darkness that gave birth to Light."