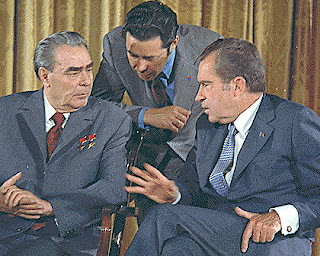 Stipulative vs Reportive? A distinction has long been noted between what we call “truth” and what we designate as “knowledge.” And so, many venerable thinkers have speculated, we can imagine that as our knowledge expands, so will it – “in the limit” as mathematicians say – eventually comprise truth. (Given that the universe doesn’t collapse into a black hole, or explode into some multidimensional supernova or something equally distracting.)

One common distinction among definitions as been that some are stipulative, i.e. generally restricted to narrow uses in restricted circumstances. Stipulative definitions purportedly stand in contrast to “reportive or “semantic” or “real” definitions, i.e. ones that get at the truth of things. (See Types of Definition)

So it is that a confusion arises between authoritative (for some purposes) sources and “truth-tellers,” founts of veracity, as it were. Dictionaries, technical manuals, and the like, become Holy Books. Why then do they (and Holy Books, too) “suffer” revision? (See "What Does That Word Really Mean?" -- The Misleading Dictionary Ritual)

Stipulative Legal Use vs Other Usage Let’s look at the notion of stipulation as it is used in legal contexts:


An agreement between attorneys that concerns business before a court and is designed to simplify or shorten litigation and save costs. During the course of a civil lawsuit, criminal proceeding, or any other type of litigation, the opposing attorneys may come to an agreement about certain facts and issues. Such an agreement is called a stipulation. -- West's Encyclopedia of American Law, edition 2. S.v. "stipulation." (My italics to emphasize variables to be used in following paragraphs.)

By substituting for the specific legal terms we derive

An agreement between (interested parties) that concerns (action) (in a given venue) and is designed to simplify or shorten (procedures) and save costs. During the course of (an undertaking) the (representatives of different perspectives) may come to an agreement about certain facts and issues. Such an agreement is called a stipulation.

There are six variables: interested parties, action, in a given venue, procedures, undertaking, representatives of different perspectives.

If we substitute other terms for the variables, which may designate either individuals or sets of variables, e.g. groups, professions, activity-types, etc, that themselves may be “unpacked,” we can generate broader, more inclusive, clearly stipulated definitions.

For example, substituting, in order: oncologists, use of chemotherapy, in children, patient discomfort, in hospital stays, attending physicians,
we get


An agreement between Oncologists that concerns use of chemotherapy in children and is designed to simplify or shorten patient discomfort and save costs. During the course of in hospital stays, the attending physicians may come to an agreement about certain facts and issues. Such an agreement is called a stipulation.

If we substitute: Nixon and Brezhnev, activating military forces, around the world, tensions, in times of confrontation, diplomatic services; we get

An agreement between Nixon and Brezhnev that concerns activating military force around the world and is designed to simplify or shorten tensions and save costs. During the course of in times of confrontation, the diplomatic services may come to an agreement about certain facts and issues. Such an agreement is called a stipulation.

(An important note: Just because all knowledge may rest on stipulation, does not mean that any stipulation whatsoever is knowledge. Many may be falsehoods, if not just nonsense.)

Why Does Universal Stipulativity Matter? So what if all definition ultimately rests on stipulation?

The simplest response is quite plausible. Definitions are, so to speak, the building blocks of communally accessible knowledge. Stipulations are human decisions. They are often -- if not always -- constrained by non-epistemological considerations, the primary ones being monetary, time and opportunity costs. For example, dictionaries are finite, even such volumes as the Oxford English Dictionaries. One cannot define every word demanding that all terms in definiens be defined along with those of the definienda. People have to agree when enough is enough just to get the work published. (See The Fractalization of Social Enterprise)

We normally rely on our inculcated linguistic and cultural norms of communication and affiliation to provide often pre-conscious stipulations which limit the pursuit into infinity of ever more recondite items of possible knowledge.

To pursue these issues, see Searching for “Reality"? Stipulate A Turtle!
Cordially
--- EGR

[1] This adage is often translated as "The limits of my language are the limits of my world." In any case, the semantic structure of the German verb, bedeuten, is substantially different from that of be , (is or are). This is at best the weakest of translational connotation of identity between forms of bedeuten and forms of be.

Consider this clip from the online English-German dictionary, dict.cc at https://www.dict.cc/?s=bedeuten