The Nearly Overwhelming Influence of Technology: only for dumbing-down or distraction? 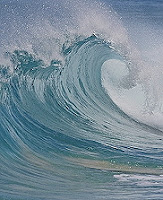 "Consumerism is Communism." -- Comment (circa 1960) made by a head of a Philadelphia area Chamber of Commerce president critical of the evaluations published in the magazine, Consumer Reports.[1]

Teaching Clever Folks to be Discreet. Outside the university, clever thinkers, purportedly so prized in academia, can often be tolerated only if the mouths controlled by them stay shut. This is called "discretion."

Why? Because, to begin, clever thinking may obstruct otherwise easy commercial transactions. On the still just legal side of that narrow boundary separating clever marketing from fraud, bigger profits are more easily extracted, in the short run, at least, from naïve, misinformed or confused customers. The 1960 "Consumerism is Communism" comment in the epigraph alludes to this.

But the concern that only commercial institutions fear criticism is somewhat dated. To examine a more recent rhetorical exercise on the theme that Big Business, hand-in-hand with Big Government, is crowding us all into "Communism," see How consumerism leads to "communism".

Clearly commerce is not the only area in which ignorance can be exploited. Clever folks have a habit of nosing around in various traditional realms. Our legal, religious, governmental and educational institutions all have their own dirty wash to hide. For example

a. Scientists persistently complain that much published research is sloppily done, or non-replicable, yet is still often celebrated as an important breakthrough. (See Seven Warning Signs of Bogus Science.)


b. Government regulatory agencies fall down in policing misrepresentation in financial transactions; or in medical exaggerations. (See
Why is the SEC Ignoring Its Greatest Asset in the Fight Against Corporate Misconduct?)


c. Clergy who would impose a strict morality beyond the boundaries of their own congregations, themselves protect their confreres who indulge the vices they condemn in their flocks. (See The Catholic Bishops Lobby Against Legislation to Protect Children )


d. Lawyers and judges have colluded, for example, in facilitating incarceration of children in private prisons for payments from the proprietors. (See Pennsylvania Judge Sentenced For 28 Years For Selling Kids to the Prison System )


e. Educators and school governors have absconded with or misused monies given them in the name of reform. (See De-Regulation and Charter School Swindles)


g. Most ominous is that some institutions attempt to squelch whistleblowers or critics by adopting policies or laws that criminalize those who would reveal illegal or unethical goings-on within them. (See Silencing Whistleblowers.)

To reiterate: clever folks are tolerated only if the mouths connected to them stay shut -- or are being viewed on the Comedy Channel. Statistically, events of the types listed above may be but a small proportion of the activities of the gigantic enterprises they are found in. Happily, they still cause shock and outrage, since they are unexpected, because they are considered egregious even though they relatively small in scope.

Individual scandals of the types listed are often not paid much prolonged attention likely due to their overwhelming frequency -- there's always something new -- but also because there is little immediate issue of wealth involved. But such small misadventures will occasionally -- or always, in the supermarket tabloids -- be exaggerated as to their seriousness, especially if they make good media attractions.


Better Access to More Distraction? Perhaps it is the emphasis in our expanding culture of technology as the primary, if not the sole, hope for the future that has disemboweled our educational systems of the wisdom gleaned from traditional sources of moral, legal and educational knowledge. Or, it may just be a matter of ease of access to more entertaining options by a public generally not too interested in those issues. (We'd probably win any bet that more people play video games on a daily basis than watch The Science Channel.)


To take an optimistic perspective, easier access to information, true, false or otherwise, that new technology affords, answers an apparently vast curiosity possessed by multitudes of people enjoying ever more leisure time to indulge it. But is this accessibility making for smarter, better informed and wiser people? Recalling the concern about "teaching" clever folks to be discreet, we might well wonder how much and by whom smarter, better informed and wiser people are wanted.


All of the items on the list above involve attempts to shift authority, the recognition of trustworthiness and truth-telling, from more traditional sources to newcomers who hope to enjoy substantial gains in wealth and influence.

If we read widely -- another waning habit? -- we run across even Ph.D.'s in "hard science" disciplines engaging in intellectually ham-handed debate. For example, there is no end of quibbling as to whether brain-research bears on the question as to whether "mind" and "spirit" are separate. Similarly with the notions of "natural" and "supernatural." The participants in such arguments seem to define themselves as opponents without even checking first to see whether they mean the same thing with such words as "natural," "mind," "spirit" or "separate." Even less often do they bother to say, if they could, what kind of evidence they can offer that supposedly addresses the questions

Masking Struggles for Authority? Or Snatching For the Collection Plate? A more recent, more subtle grab for recognition is the attempt by technically trained practitioners in various "hard science" disciplines to replace older traditions as definers and arbiters of broad philosophical and religious concerns. (See Pseudo-Science: the reasonable constraints of Empiricism)

Perhaps the disregard for long-established procedures of investigation and debate are not so much oversights or sloppiness as indicators of a much more attractive pursuit, that is the purloining, the usurpation, even, of authority. But this usurped authority, not about the search for discovery or truth, but more intensely in the competition for benefits more familiar, more widely valued in our pluralistic, commodity-focussed culture: wealth and influence.

[1] I have been unable to retrieve my original citation and its stated source either from a faded, distant memory or from the Internet. However, there is much similar to be found online using the search phrase, "consumerism is communism." -- EGR

The key consideration for the conduct of interpersonal affairs is that the activities of people can harmonize without their ideas about ends and means being in agreement – Nicholas Rescher Pluralism (1995. Oxford. Paperback) p.180

"Peace, commerce, and honest friendship with all nations...entangling alliances with none." ― Thomas Jefferson

The (Assumed) Basic Agenda of the U. S. Public Schools has long been baptized "promoting good citizenship." The fundamental mission of the public schools in the multicultural, putatively democratic society of the United States of America is to forestall or ameliorate conflict between different cultural and social subgroups, quite independently of whether such conflict is morally justifiable.

Clearly, "good citizenship" is seen as the fundamental, if not sole, goal of public schooling; especially when one considers that very few people would be willing to disregard conflict among groups in order to pursue any of the other vaunted aims of public education, e.g. acculturation and skills development.

Indeed, the very possibility of the public school structure serving its functions presumes such conflicts are under control. Consider the present proliferation of posters in public schools that declare, "No Place for Hatred." (Effective? Perhaps; disregarding student and public behavior at pre-game sports rallies.)

This subordination of many of the "obvious" goals of schooling to those of "stifling conflict," "getting along" or "respect for authority" is anything but a sign of irrationality, irresoluteness, ignorance or perversity, even though honored intellectual and social goals might suffer from emphasis on good citizenship.

In a society that imposes some form of primary education on all, "public" education by default, the rock-bottom demands for order and for the recognition of easily recognized value commitments, e.g. obedience, manners, timeliness, patriotism, etc., become the only foundations for functional mass education. This is particularly the case where great variations in family income or religious commitment are prevalent and likely to be persistent.

Also, this mission of pacification has supported commercial interests to exploit the vast territorial expanses and abundant natural resources of North and South America (and the world) resulting in the development of industries and patterns of settlement that tend to stabilize expanding local and national governance systems.

Persistent warfare, in the long run, dissipates wealth and threatens the stability of governing groups. War can be fatal to commerce. Conversely, commerce has played a substantial part, historically world-wide, in restraining military ambition, whether fed for the sake of domination, ideology, wealth, or religion. (But this perspective is greatly complicated by many other factors. See Berman in references.) In time, of course, commerce itself, since it minimizes the often substantial collateral damage caused by military action, may become a preferred means of pursuing domination, ideology, wealth, or religion. (See Downs in references.)

The preceding comments, I take it, are relatively common knowledge, discussed by many, many others in far more detail and exactitude than I have taken to present here. Those comments are not intended to identify heroes or villains, or to judge either militarism or commerce to be morally better than the other. Clearly, they fail to include mention, much less detail, of the millions of human beings who have fallen victim over the centuries of human history to their processes.

Our interest here is to understand how the public schools in the United States of America have fit in with the governance and social control processes of our society by pursuing their main goal of promoting good citizenship, even to the extent of often giving little more than lip service to other worthy pursuits.

Public education has been promoted and controlled to domesticate the populations who are be compelled, either by law, custom or poverty to accept its ministrations. The standard curricula of public education reflect the mission of producing "good citizens."


a. this mission is served by policies which promote "passive valuing", i.e. some kind of esteeming which does not involve the pursuit of that which is esteemed -- typical of so-called "appreciation" courses or of values clarification classes, smatterings of much, little of depth;

b. this mission is also served by policies which gainsay any of the conditions necessary to connecting action with value, i.e. the conditions of rationality, knowledge, ability, opportunity and consistency.
Since it is active valuing, the pursuit of values, which might cause conflict where values are not shared, certain policy directions can be drawn immediately from the above formulations. (See Constricting Social Ideals: breaking the values-action link to ensure "stability.".}

a. irrationality, by letting evanescent preferences - whether of governance, organizational or student bodies - determine study options, rather than bias toward longer term considerations. (Universities and private schools, also, do this in favoring religious, social, or disciplinary traditions over scholarship);

b. ignorance, by granting certificates of completion without adequate testing for knowledge;

d. unequal opportunity, by tracking students by family background, or inadequate funding of educational programs; or

Hardly anyone would think such aims educational. Our considerations are suggestive, however, as to the persistence of these ills despite continued exhortation to eradicate them.

Final misgivings (from the political dimension of schooling): who decides what "operable" criteria of "good citizenship" are to be? Might they not come biased by political ideology, religion & social class?

To examine these issues further, see The Desired Ideal: a Docile Citizen? Or...?