A Most Annoying (crucial?) Question: "How Do You Know That?"

He who knows nothing is closer to the truth than he whose mind is filled with falsehoods and errors. -- Thomas Jefferson

"How do you know that?" Unless we are teachers in a classroom, or students in a philosophy seminar, we tend to raise that question only when confronted with a statement we find unfamiliar or uncomfortable. Just posing the annoying question risks being taken as challenging the good sense or honesty of the claimant. And, as more and more people have come to realize, almost any old statement can, initially, at least, serve as a response to brush off the inquiry.

So it is that many us stumble through life sticking with the familiar and comfortable beliefs we've had passed down to us, even though, upon reflection, we know that what people believe, or not, is not a measure of truth or falsity. How many times throughout history have people been called to sacrifice themselves (or others) dearly for some Faith in an unexamined "Truth"? (What "truths" have been served by setting off bombs in civilian marketplaces and schools?) 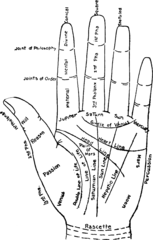 They answer as follows:

Laurence, a scholar of ancient religions: 'Tis because Phoebus, the Sun, rises in his golden chariot in the East, drives across the sky to the West and then spends the night traveling underground to get back East to repeat the cycle."


Maurice, Ptolemaic scholar: Who believes that anymore? Actually, it is because the Earth, as center of the Universe, is circled by the Sun. What we call night is our period in shadow. The Sun's visible arc begins for us in the East and travels to our West.

Laurence interjects: Well, Maurice, I disbelieve your story. So there!

Curlius, erstwhile Copernican companion, declares: You may well believe your falsehoods, but the truth is that the Earth travels around the sun, spinning counterclockwise on an axis somewhat perpendicular to its orbit. So there!

Laurence and Maurice, both: Utter nonsense!

This interchange illustrates some principles we come to know at an early age, even though many fail to put them into practice in the direst of circumstances.

That some people believe something does not mean it is knowledge.

That some people disbelieve something does not mean it is not knowledge.

Our continuing controversies over evolution or global warming, illustrate these principles.

(However, were we to put the annoying question to our three sages, they, being deeply educated would likely be able to produce justifications for believing their respective claims to be true, as well as for rejecting counterclaims as untrue. So much for Plato's definition of Truth as justified, true* belief!)

But this goes way beyond the concerns of classrooms and philosophy seminars. What damaging actions might have been forestalled, what rash decisions reconsidered, what innocent bodies left unbroken, what promising lives saved, had the annoying question, "How do you know that?" been seriously considered at the appropriate times in the long, sad history of this planet?


For references and to examine these issues further, see Questionable Assumptions in Social Decision Making

*The truth condition is not practically separable from the justification condition. (See The Truth Condition)

Experience hath shewn, that even under the best forms of government those entrusted with power have, in time, and by slow operations, perverted it into tyranny. -- Thomas Jefferson

The secret of success is honesty and fair dealing. If you can fake those, you've got it made. -- Groucho Marx


Sadly, what Maya Angelou says about love holds also for hate, if it is strong enough to overcome the natural impulses of self-preservation. The many suicide bombers we hear about daily in the news media attest to this. Organizational efforts to protect its leaders, or even, its lowest-ranking members, can provide no foolproof barriers to those intelligent and ruthless persons willing to sacrifice themselves to overcoming them. 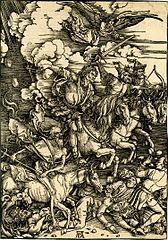 Conversely, leaders, despite their frequent and even vehement lip-service to widely shared organizational interests and ideals, may pursue their own exclusive, private interests even at the risk of severe collateral damage. (Of such, recent events in US politics provide ample evidence.)

Many people in organizations shield themselves from these realizations. Instead they hold on, often unconsciously, to a more peaceful, comfortable model of organizational behavior that misrepresents the nature of much organizational activity.

In his book, Ambiguity and Choice James March (with Johan P. Olsen, Bergen: Universitetsforlaget, 1976) presents a critique of this Edenic conception that he calls an oversimplified, albeit traditional model of organizational activity:


a. the cognitions and preferences held by individuals affect their behavior;

b. this behavior of individuals affects in turn organizational choices;

However, March continues, there may be attitudes and beliefs which do not interact with organizational behavior: for example, rules may prevent racism in hiring. Conversely, organizational obligations may elicit behavior that has no basis in individual preferences, e.g. group-think.

March asserts that this simple model, a->b->c->d, predisposes us to assume that what appeared to happen, did happen; and, that what happened was intended to happen or had to happen.

He continues that nothing happens that can be used by organizations independent of persons who interpret these happenings as relevant events. Organizational functioning, therefore, requires trust in such interpreters. But this trust -- better, credibility (not seldom “credulity”) — in "happening-interpreters" may be extended or withdrawn as individual circumstances require.

Certain problematic happenings may fail to attain status as such within an organization because persons in positions of influence do not want to be bothered with them, whether for lack of interest, courage, resources or competence. So long as the costs can remain hidden, problems need never be acknowledged as existing. (See Hiding the “Elephant in the Room”)

For a restricted case study illustrating such a situation and its collateral damages, see


THE ORGANIZATIONAL PROBLEM: ILLUSION AND REALITY