Definition of Moral Hazard: “...any situation in which one person makes the decision about how much risk to take, while someone else bears the cost if things go badly.” -- Krugman, Paul (2009). The Return of Depression Economics and the Crisis of 2008, p. 62 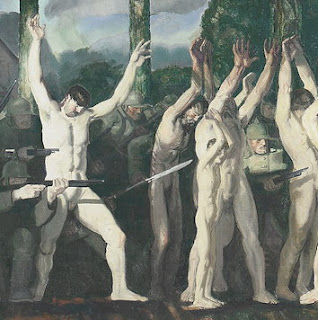 Buffering is any position assumed or action taken by someone in order to protect decision-makers from the consequences of their decisions.

There are a variety of colloquial expressions that identify buffers, i.e. persons who buffer, or buffering, i.e. the protective actions they take: for example, “running interference,” “flak-catchers,” “covering for,” “press secretary,” “security staff,” “administrative assistants,” “receptionists,” “vice-presidents,” “terms of office,” and, even, "transfer" or “promotion.”


Buffering is often both necessary and not morally objectionable. And most organizations have regulations and policies that mandate buffering to protect their decision-makers from being called to defend their decisions on a short-term or daily basis. Judges, policemen, teachers, doctors and lawmakers, for example, are buffered from personal attack on the assumption that they have followed the appropriate procedures in good faith in rendering decisions that affect others. (For an interesting recent court decision, see Can universities claim immunity in misconduct lawsuits?)

However, buffering may have pathological consequences as well.

A very important kind of buffering is an insurance policy, a contract with an insurer who will pay monetary compensation if harm is suffered under certain circumstances. The hazard arises if insured persons relax exercising the caution and forethought they did before they were insured.

For example, driving more recklessly because one has insurance would be an example of a long-recognized moral hazard. Krugman’s idea, mentioned in the epigraph, intensifies the moral aspect by considering that the injury suffered by the insured’s recklessness would likely affect others who were not involved in the decision to act recklessly.

Consider the expression, “fiddling while Rome burns,” i.e. not exercising one’s duties despite an existing emergency. Buffering enables this. A legislator or leader, protected by terms of office and security staff, may well act, or avoid action, to his or her own narrow interests with the consequence that evil befalls the great majority who have little or no say in the decision-making.


Here is a case of buffering through promotion: in studies of several large corporations, Robert Jackal found that it was not unusual for leaders to escape the consequences of their bad decisions by leaving behind the circumstances in which they occurred. He comments,


... one way of looking at success patterns ... is that that people who are in high positions have never been in one place long enough for their problems to catch up with them. They outrun their mistakes. (-- Robert Jackall (1988) Moral Mazes. The world of corporate managers. New York: Oxford. p.90)

Obviously, those who can’t run away are left to live with those consequences.

But buffering may not only protect a person from some threats, but make him or her multiply vulnerable to others. Consider the situations of military personnel, policemen, and public school teachers. Their positions seem so secure, immune, for example, to threats from market fluctuations and political controversy. There are laws which protect their tenure, income and pensions. But buffers often come with conditions of oversight. And the overseers themselves may be buffered, usually politically, from the consequences of their own bad decisions.

Soldiers are fed, clothed, housed and given medical care. They are also subject to avoidable injury and death caused by faulty military decision -- historical examples abound. Similarly for police personnel who can fall afoul of political interference into their normal functioning.

Public school teachers are a peculiar group. People imagine them buffered by a sinecureal tenure, school law and public esteem, an illusion which many educators themselves harbor. The reality is often different. (See, for example, What Can A Teacher Do? Two Myths of Responsibility )

In fact, public school teachers have very little control over their working conditions, the students they are given to teach, the rooms in which they teach, the materials they must use, the discipline they can enforce, the schedules they must follow, or the grades they must assign for work completed. (See Who Controls Teachers’ Work? )

One accepts buffering to defend against the importunities of one’s potential victims, usually outsiders, only to become vulnerable to the demands of those insiders who provide the buffering. Multiple sources of buffering harbor multiple sources of moral hazard.

For references and to examine these issues further, see LEADERSHIP vs. MORALITY: AN UNAVOIDABLE CONFLICT?