Public “Science” Controversy: distrust is not the only issue.

No amount of experimentation can ever prove me right; a single experiment can prove me wrong. -- Albert Einstein

Need Understanding Promote Acceptance? For as brilliant a scientist (and advocate of Critical Thinking) as Carl Sagan was, he makes a common, and erroneous logical leap: he appears to imply that to understand something is necessarily either to condone or advocate it.

This is wrong. Understanding something (or someone) is not to concede it some kind of validity or authority. But should understanding a practice (or person) bring us to conceding, at least, a live-and-let-live attitude toward it?

Consider the Aztec practice of human sacrifice. Or the regimes of Hitler or Stalin. We pretty much know why they did what they did. We have a good idea what their supporting religious and cultural beliefs and practices were, and how they were carried out. Should we thus adopt a live-and-let-live attitude toward them? Certainly our understanding of what they were about need not move anyone to see their examples repeated.

”Science” Perceived as a Special Interest. We live in a Market Culture. Caveat Emptor, folks! It’s not hard to understand why many people -- not necessarily only uninformed or ignorant people -- are suspicious of pronouncements about, say, global warming, safe vaccinations, or gender differences correlating with intellectual inferiority in science. They consider the sources, motivation and social contexts of the claims or claimants. All’s fair in love, war, and marketing. (See .) 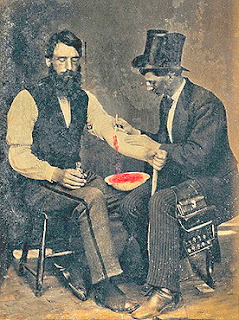 Anyone with a memory reaching back more than twenty-five years -- or some acquaintance with history -- can remember when “science” was invoked to justify slavery, frequent wide-spectrum use of antibiotics and promiscuous electric-shock therapy, as well as systematic X-ray exposure to treat teen-age acne. And, don’t forget, tobacco companies could always find a scientist to insist that there was no link between smoking and cancer. (See The 7 biggest problems facing science, according to 270 scientists.)

But “Science” corrected itself, did it not? Yes, so to speak. But generally, only in areas that did not upset entrenched cultural hierarchies. It took World War II to convince most Americans that women could learn to weld and to construct machines. That non-Whites, even Japanese, Native and African Americans could loyally defend a country where they had been treated with so very much less respect than citizens of European derivation. That not all, if some, human behavior was controlled by environmental reinforcement.

U.S. University presidents, even, were abashed to find out that common “grunts,” returning working-class GI’s, could actually use the GI Bill to acquire a profession. WWII Veterans on the GI Bill neither destroyed private higher education -- as predicted by James Conant -- nor did their presence turn universities into "vast hobo jungles" -- as Robert Maynard Hutchins warned they would.

The Elephant in the Room? Two Antagonistic Conceptions of Knowledge.

“Our knowledge can only be finite, while our ignorance must necessarily be infinite.” -- Karl Popper

There is a deeper issue underlying the widespread skepticism about Science than suspicions about marketeering. It is that there are, roughly speaking, two competing concepts of knowledge embedded in our society. Many people, generally those with scientific training, or interest in scientific activity consider -- or at least give lip-service to the idea that -- scientific knowledge is an accumulation of hypotheses that are

a. tentative and correctible, (therefore, always possibly evanescent);
b. most persistently survivors of critical testing; and
c. cross-disciplinarily or experimentally mutually reinforcing.
d. Predictions are, at best, estimated with better than random probability.

This is the notion Einstein and Russell are alluding to in their quotes in the epigraph. I will refer this notion, albeit imprecise, as the notion of “Experimentalist Knowledge”. Any "Faith" one has in Experimentalist Knowledge is conditional upon its producing outcomes that someone values (in some "market"?), or at least, that one can hopefully predict (and, maybe, control -- barring certain kinds of complexity) through testing and adjustments in theory and procedure.

Within a professional context, Experimentalist Knowledge is not only given often precise expression, but carefully practiced, because any resultant publication must pass peer revue. Questioning can be quite intense and rigorous (and, to less prepared souls, annoying.} In the marketplace, as we will see below, something else happens.

A Competing Tradition. Eternalist Knowledge is a more ancient concept but still quite active today. It is given lip-service, at least, not only by adherents of certain religions, but also by many mathematicians, theoretical physicists, philosophers, mystics and "humanist" educators.

a. unchanging and eternal;
b. beyond being challengeable by “so-called tests”; and
c. often indifferent to other claimants to truth.
d. Predictions are considered to be either certainties, e.g. (logically?) derived from more basic Eternal Truths, or speculations of lesser concern.

Within a professional context which typically includes non-professionally prepared participants -- e.g. a laity --, there is at most a perfunctory "peer review" with a bias toward maintaining the authority of the professional over the layperson. Questioning, unless ritualized, is not encouraged.

So if adherents of Experimentalist Knowledge warn about global warming, those of Eternalist Knowledge might reply in dismissal, “Our Faith in X (or Y or Z) is our assurance that we will be exempt from such travail.”

Whether or not they are very devout adherents of eternal truths, many people’s ideas of science are as sophisticated as weather-forecasting TV permits. Snow, if predicted, often amounts to little. And yet, despite mathematical models and predictions, we get surprises. In the communities where Eternalist Knowledge dominates, lip-service is often reinforced by practices and rituals. But it, too, like Experimentalist Knowledge, can be transformed by the ethos of various markets.


An Important Caution. The reader ought not assume that what follows from the distinction Experimental or Eternalist is that either of the two traditions is being offered as "superior" to the other. In a disagreement it will all depend on what claims are made and which tradition is invoked. Nowadays a minor flesh wound is not treated with a prayer service. Nor is a geometric axiom invoked in a cry of mourning.

People who recognize certain items, e.g. holy scripture, foundational moral axioms, domains of discourse or procedure as "worthy" of pursuit are likely committed to justification by certain forms of Eternalist Knowledge. So also may be scientists who engage in debates about "Laws of Nature", or whether the Universe consists basically of "wave or particle"; or, whether individual rights ought to override "needs" for social stability. Or whether a mother's or her foetus' life should take precedence. Or, even, what criteria should be used, if any, to implement discriminatory treatment of populations, e.g. who gets a rare vaccine, or pardon for criminal behavior.

(The wisdom of recognizing the Experimentalist-Eternalist distiction seems to indicate that the much-vaunted pursuit of Artistic or Philosophical Authenticity, the degree to which a person’s actions are congruent with his or her beliefs, must take second-place to a modicum of hypocrisy, if only for survival purposes.)

Debating About “Science” in the Market: a slogan-fest.

The arc of the moral universe really is bending toward progress. -- Michael Shermer, The Moral Arc, (Henry Holt, 2015) précis of article appearing in Scientific American, Jan. 20, 2015

Let's put some questions to Shermer. What is this "arc of the moral universe" in empirical terms? How does one determine the direction in which it bends? If one considers that 200,000,000+ people, mostly non-combatants, were killed in wars in the 20th century and that the slaughters continue into this 21st, where might this moral universe be situated?

Or is this article's appearance in Scientific American merely meant to get Eternalist adherents to buy a subscription?

Consider the punditry published in even scientific journals about Global Warming, or Vaccination, or Spanking, or anything purported to be of Public Concern. There the rhetoric begins to heat up: individuals are treated as though having melted together into uniform sampling groups or opinion-blocks, e.g. Scientists, Religionists, Believers, Atheists, Conservatives, Liberals. Reifications and hubris abound. False consensus likely rules the day.


To examine these issues further, see Knowledge: The Residues of Practical Caution.