The Academic Carnival: A ticket to the good life?

Fifteen years ago I asked a college graduate working for a moderately-sized company how she found the corporate life. She remarked that while it was engaging, the surprising thing was that 90% of the work was done by 20% of the people. She couldn’t figure out what the rest contributed.

There used to be a bank in Pennsylvania that appointed the sons of its wealthiest depositors as “directors” of sorts for one particular branch office. These “directors” were paid not insubstantial salaries despite their almost continual absence from work. Residents in nearby communities knew better than to go to that branch and expect service. The depositors whose often fully-grown “kids” were “working” and “titled” were happy the bank could provide their scions with a “respectable” occupation. 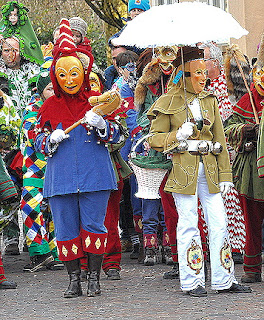 John Kenneth Galbraith once remarked that the most philanthropic of institutions in American society was the corporation: for a select group of “employees” few other institutions rewarded low productivity so handsomely.

In the colleges and universities that nowadays claim to prepare students for life in our greater society, certain traditions and practices have existed among a select few students almost since that fateful day in 1636 when Harvard College was founded: slacking off, plagiarism, cutting class, cheating, intimidating faculty, vandalism and social promotion.

As higher education continues, year by year, to cost more, the plebeians have caught on. They have come to the conclusion that the purpose of college is to get a certificate of entitlement to the “good life.” And you can avoid a lot of drudgery – e.g. reading, writing, thinking – if you know how to game the system. (See The University as Rumpelstiltskin.)

Richard Arum and Josipa Roksa in their book, Academically Adrift: Limited Learning on College Campuses, report that in their broad study of American colleges a large proportion of students showed no improvement in reading, writing and critical thinking skills for their first two years, and very little afterward.

The National Survey of Student Engagement (NSSE) is a comprehensive survey for freshmen and seniors in which they report the number of books read, papers written, hours spent preparing for class, as well as provide indicators of student collaboration, student-faculty interaction, and the overall campus environment. Although many top-ranked universities participated in this study, those institutions have blocked the general public from access to its results. Are they worried about invasions of privacy?

But the source of many of these problems may well reside with those who criticize them most severely: the public, corporate leaders and their legislative representatives.