You use a public bathroom, since you may, if you must. But you expect a stench. In recent years lot of people have lost a lot money investing based on what “everybody knew” was going to happen. 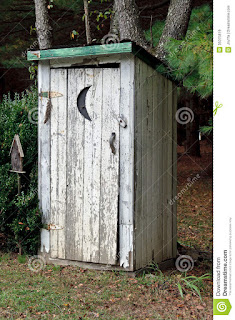 The stench of the generally casually used (if not deliberately misused) bathroom facility is, in many places masked by the liberal application of some eye-watering chemical. So, too, the off-putting qualities of “what everyone thinks” are covered over by official or celebrity testimonial.

Missed by both the hasty-pudding economics of public opinion and liberal-versus-conservative political ideologies of professional pundits are these points:

1. Entitlement does not by itself create demand. Just visit the great emptinesses of our underutilized public libraries, museum and parks. Or the low attendance at many public schools, even when bullying is minimized and facilities are good.

2. Consequently, suppliers of repeatable services for entitlements run a higher risk of loss, which they tend to compensate for by providing items of the lowest quality that avoidance of imagined “bad publicity” allows. (Whence the saying, “Take the money and run!”)

3. Entitlements may in fact reinforce group conflicts, for example, among those who

a. don’t need or use them and resent paying taxes for them;

b. those who use them regularly and develop an attitude of caring for them, e.g. a library, a park, a garden, or a monument; and

c. those who might use them but tend to abuse them when they do. (Consider the litterbug, the graffiti “artist,” the disruptive pupil, in general, the Tragedy of the Commons.)

This is not make an argument against public works or for universal privatization. Civilizations have learned the sad, hard way that some social functions, especially those involving high degrees of concentrated power, e.g. police functions, use of lethal force, or massive wealth transfers, are ill-trusted to individuals or very small groups, especially in a culture glorifying specific individuals or their offspring.

The content of public opinion generally ranges from moderate BS to pure myth. (Recall that January 1st, 2000 was supposed to be the year when all the computers in the world crashed. Some have it that in 2012, as foretold by the Aztec calendar, the world will end. ) For over a hundred years public opinion has had it that American public schools are terrible, getting worse; thus, today, more than ever, threatening the demise of American Civilization.

The growing public opinion, even mouthed by high officials, is to convert public schools into what they imagine are factories, something more “business-like.” The present reform movement seems to be serious. Is it merely stench?


To examine these issues as they relate to public education, see What Works? Under What Conditions? And Who Really Cares?