If you’re going to college just to party, you’re wasting your money – or your parents’ money – but perhaps you’ll end up with some fond memories from it.

If you’re going to college to find a job to make yourself wealthy, you should aim to graduate other than into an economic recession. According to an article in the Wall Street Journal, graduating into a down-turning economy badly affects a job-seeker's income for years. ( See WSJ, May 9, 2008, The Curse of the Class of 2009: For College Grads Lucky Enough to Get Work This Year, Low Wages are Likely to Haunt Them for a Decade or More) 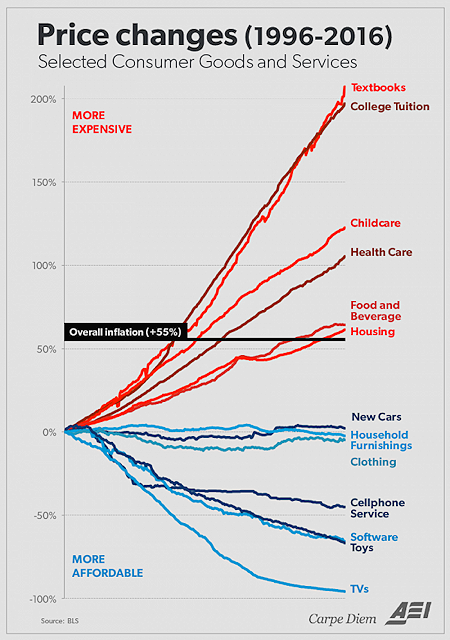 That article goes on to state

…for each percentage-point increase in the unemployment rate, those with the misfortune to graduate during the recession earned 7% to 8% less in their first year out than comparable workers who graduated in better times. The effect persisted over many years, with recession-era grads earning 4% to 5% less by their 12th year out of college, and 2% less by their 18th year out.

So, in 2011 with a 9% unemployment rate, you should, roughly calculating, expect a minimum of 10.5 to 12% less in your first year of employment, than you would have in, say, a year with an unemployment rate of 7.5%.

You might as well party your way through college, it seems. Or do something better: learn what really interests you. (A little partying won’t hurt, either. Neither would picking up saleable experience or a skill during summer vacation.) But take advantage of college to study something you really enjoy, something that lights up your life. Just don’t expect to earn your living at it. It may happen; it may not.

A common strategy among graduates is to stay on in school and get a higher degree. This costs more money, usually borrowed, and offers no more guaranteed a result than the undergraduate degree.

You, I and a lot of other people, have been brought up on unrealistic expectations: school success does not have the influence we imagined on our chances for job success. An A, B, C or D in calculus, or English, or chemistry, whether we get it in high school or college, is likely all the same to a future employer, whose future needs will be far more important to the decision to hire us than any of our past academic pains and glories.

To examine these issues further, see Moral Responsibility in the Education Industry.  How much can school reform enhance a student's occupational fitness?