Vote for me and if the legislature doesn’t pass budgets on time, they won’t get paid. -- Political candidate in Pennsylvania, Fall 2012

Despite years and years of nationalistic indoctrination, Americans tend to coagulate into a loose confederacy of “tribes.” Consequently we tend to be “agreement junkies,” especially when we are in the company of people we believe to be of “our own kind.” It’s just not nice to be contrary, or even, to show lack of enthusiasm.

In such a culture, simple slogans, like toadstools, spring up to mask substantial false consensus as to our individual positions -- e.g. whom are willing to vote for, what we value, whom we disagree with. Experienced politicians recognize this lack of depth in our professions of allegiance and thus steer away from explicit and specific discussions of their proposals for change. 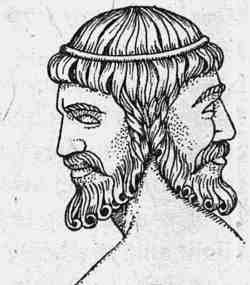 Technical knowledge is not very widespread among the voting populace. Nonetheless, scientific sounding words, such as, entitlement, efficiency, cost, benefit, rent, profit, and the like are frequently invoked in political rhetoric.

But even more common-sounding words like harm, threat, risk, safety, protection, are sufficiently vague to mislead voters to imagine that they will be getting benefits which the future office-holders, in fact, can escape delivering through clever reinterpretation of their “promises.” (For example, does the would-be Pennsylvania legislator cited in the epigraph really think he will be able to control paycheck distribution for legislative members?)

The dynamics of consensus confusion revolve around issues of value, priority and probability. In a controversy, these issues are finessed by unexamined concessions about what is valuable or cheap (value), what is important or expendable (priority), and what is imminent or remote (probability).

For example, efficiency is generally seen to depend upon minimizing costs in pursuit of a goal. But if the goal is not accepted universally to be of value, or of the same priority in competition with other possible goals, estimations of efficiency will vary substantially. Universal college education is such a goal.

Consider risk as another example. Unless a situation is universally viewed as both threatening and imminent, many will discount what others consider disaster. Global warming seems to be such a situation.

During times of political interest, we find vague or confused references to “liberals” or “conservatives,” “moderates” or “extremists,” emphasized by media “spokespersons” much more intent on attracting attention -- ya gotta sell advertising -- than communicating accurate information. (See Believer vs Atheist, Conservative vs Liberal, and other distracting frauds.)

The assumptions people make, seldom stated publicly, support their own agendas -- not necessarily ours. And any but the simplest word is open to misunderstanding if we are mistaken about the assumptions its users are making. (See, for example, items specified in a Controversy Analysis Worksheet.)


Also, important in everyday life are certain assumptions that even more deeply underlie concerns for conflicts of individual vs individual, or, even, group vs group. These are certain “social assumptions,” principles so profoundly embedded in our culture that in many situations we overlook them entirely; although, upon consideration, we would find them far from indubitable.


The Principle of Command: To command is to control, i.e. presidents can control national employment and foreign events;

The Principle of Accepted Value: What we value, everyone (should) value, i.e. no sensible, sane person could disagree with us; and

The Principle of Objectivity: Facts are facts, and, e.g., they are determinable without error by human agencies.

How do such principles come to control our thought processes? The quick answer is:


a. we rely on such Social Assumptions to support not only our personal agendas, but our conceptions of Knowledge, of Authority and of Obligation;

b. consequently they support practices we take to be important, essential to our personal, social, corporate, political, and moral life.

Unfortunately, quickness does not guarantee accuracy.

For references and to examine these issues further, see Questionable Assumptions in Social Decision Making