The “Mea Culpa” Culture in Public Education: failure is the worst sin.

The media has something similar, except it’s known as ‘mea culpa’ culture. Essentially, it allows them to print and broadcast any amount of utter codswallop and then later hold their hands up and admit: “We got it wrong.” A good example of this phenomenon is the case of The New York Times and Saddam Hussein’s non-existent “weapons of mass destruction.” — Bryan MacDonald, RT Question More, 8-17-14

A Teacher’s Mea Culpa. On July 14, 2014 the Philadelphia Inquirer ran a front page story about a teacher who — after a seven years in teaching — had decided to leave her job in the School District of Philadelphia.

Originally with ten or so friends from Teach of America, she decided to stay beyond their original two-year commitment and work in Philadelphia. “Starry-eyed” and looking forward to a decades-long career teaching in the School District, she started teaching in a middle school. (Teaching middle school is a hard way to begin. My first day was rough. See My First Classroom Teaching Experience.) She really seems to have worked hard at reaching her students. She spent a lot of her own money to buy needed school supplies when they were not provided by the school district.

She began her Philadelphia career in a middle school where I had supervised education students from Widener University in 1994 and ’95. The school was big, crowded, architecturally very difficult to provide supervision for and, by my observations, full of disorder, rough-housing and bullying in the stairwells and secondary halls.That she persisted as a teacher there is an indicator, I think, of her dedication — or hubris?

Then our teacher was transferred to a troubled high school (my wife spent a year there, ’95-’96) where she had to cope with trying to teach algebra to classes with special education students mixed in despite her never having had the training to teach them. Electronic teaching aides — with missing pieces — were provided. She bought what she needed to make them work. Most of her “algebra students” knew nothing above the third grade level of math. Fire alarms would go off frequently, necessitating either evacuation of the school, or illegal disregard by administration, risking a catastrophe. When she called for help with students’ fighting, it would take “seven minutes” for someone to come.

After being transferred again to an even more troubled high school, she needed to take a leave for medical reasons. After a 10 days’ absence for oral surgery, she was told by a school district doctor that she could not return to work for three months for fear that she might “get hit in the face.” The Inquirer printed a statement — on page 1A — she made after deciding to leave: 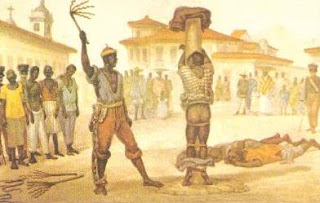 One wonders whether the moral education she has as a child had ever sunk in: how could she possibly confess to having inflicted an “injustice” — an “injustice”! — on her students when she had continued work so hard and long with them under very difficult conditions? What about administration? Did they have no responsibility? The teacher “corrects” this tendency on our part to spare her a martyrdom:

It’s not the administration’s fault. “My principal was working hard, but there was one of him.”

The Evidence of Fault? There are several issues here:

a. What has the teacher construed as evidence of such injustice?
b. Has an injustice actually occurred?
c. Is there a deeper issue she’s just not ‘fessin’ up to?

What did that teacher take as evidence of injustice being suffered by students? Their behavior:

"Students don’t verbalize it. They act on it. They run the halls. They smoke in school. They cut class."

In other words they acted like many students in schools, both public and private, in affluent neighborhoods; also, as well as in colleges and universities.

Has injustice actually occurred? Usually the justness of a person’s act is judged by whether they have the ability and resources to prevail in a situation. If the circumstances they faced would be normally overwhelming, their failure is not a case of injustice. Patients who die from ebola have not been unjustly treated if they die despite earnest and professionally correct treatment by their doctors.

There is a deeper issue. Another comment the young teacher makes points to ambition, a motive, which, — though not uncommon in newcomers and often admired — throws a different light on the whole story. “I’m going to get a nursing degree. Teaching degrees just don’t get you anywhere!”

Was this teacher’s mea culpa really a sincere confession of injustice? Or is it a strategem to acquire new employment by showing herself ready to make excuses to obscure administrative and organizational faults? “Hire me and I’ll cover for you!"(See The Social Consequences of Defensive and Counterdefensive Attributions.)

"Buffering" personnel, who "run interference" for their higher-ups, are much in demand. (See Buffering: Enhancing Moral Hazard in Decision-Making? ).

Failure is the Greatest Sin. In this Land of the Free and Home of the Brave have appeared over the years numbers of — shall we be generous and call them — “confused, misguided or misinformed people,” who have promulgated the idea that despite all external circumstances that impede us, the positive thinking person will prevail in achieving whatever his or heart truly yearns for.

Failure is the fault of the individual who fails in life, because positive thinking, alone, is sufficient to avoid failure. Many education departments in many a university teach this dogma despite otherwise fervent secular commitments. (See Lurpofactsomosis: Reinvigorating American Education).

The teacher featured in the Philadelphia Inquirer seems to have a “positive attitude” of that ilk. Initially, she joined Teach for America, helping her to avoid the training period and costs of more conventional university access to experimenting with public school pupils. (See Can Education Be Made A Science?). She was probably inculcated with the attitude that her above average personality and intelligence — as proven by joining TFA — , as well as avoidance with “typical educators” would, if coupled with “positive thinking” allow her Michelle-Rhee-like ascent into to the upper echelons of educational reformers and policy-makers.

Far from the problems of dealing with “unjustly” troubled kids in middle- or high school classrooms.

For more information and to examine these issues further, see Cannonfodder: preparing teachers for public schools.).