Can Education Be Made A Science?


No amount of experimentation can ever prove me right; a single experiment can prove me wrong. -- Albert Einstein

Let's specify more precisely what the question of the title, Can Education Be Made A Science?, is intended to mean. It should be understood to ask, Can technology and methods be developed which will give us (human beings) control over the production of outcomes designated by educational goal statements? 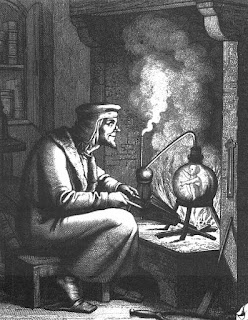 We can analyze this question by breaking it into several related questions:

The short answer to all of these questions is: it all depends. What might surprise you is what it depends on.
The first big, very big thing an education science would depend on is

1. our conceiving of educational goals whose outcomes would be the effects of solely our actions.

For example, suppose a religious community chose as a goal of education, Being accepted by God into Heaven. If they also believed that it is by an omnipotent God's grace alone that people achieve such acceptance, then, logically they must relinquish the hope of a science of education, since to think that humans have the power to compel God to accept them is incompatible with this belief.

Two other conditions, no small things, either, are:

2. that there be a workable consensus on goal outcomes (and the steps toward them); and
3. that the outcomes be unambiguously defined. (This crucial step is too technical to discuss in a blog. See the article and linked articles given in the reference on the bottom.)

Many an educational reform proposal has died for failing to meet conditions 2 or 3. Just consider the widely encountered goal statement, Prepare the student for the 21st Century. Who knows what is being specified here? And how many people agree on it? Would it have come to be a political issue in the U.S. if much of any consensus existed? (See What does Consensus mean, anyway?)
Recalling Einstein's quote above we might wonder about another issue. How much reliable experimentation would we have to conduct to determine both ends and means of our sought-after "scientific" education? After much fanfare most so-called "Best Practices" research has yielded minuscule results despite grand expenditures! (For a set of pertinent blogs, see Best Practices Search Results.)

If we are desperate to answer yes to the question as to whether education could be made a science, we might wish that the words science and education slip from their traditional moorings and come to be applicable in ways that satisfy us. (Which "us?" Which "ways?")

Advertising campaigns might do the trick. Celebrities might be pressed into service to convince people that educators are primarily scientific technicians, rather than the kind of magician they are often made out to be in the sitcoms. (See Technician, or Magician: Can You Tell the Difference?) Free promotional samples of technology would no doubt be welcomed by cash-strapped school districts whose political governors are almost always happy to concede on the minor matter of language: science? education? Whatever!

I am reminded of the principal in a high school in Philadelphia (circa 1990) who, when directed that all students were to take a course in Algebra -- even as staff ratings were to depend on student success -- did the following. He arranged for the lowest accomplishing students to be given an arithmetic-review course, which was called "Algebra-X." This "reform" was promoted throughout the systems high-schools. And so the superintendent could publicly claim that all students in Philadelphia high schools were studying algebra. (See Reform by Redefinition.)

For references and to examine these issues further, see Can There Be a Science of Education?