As I’m sure you know, even the hint of testing irregularities and misconduct in the test administration process could call into question school reform efforts and undermine the State accountability systems that you have painstakingly built over the past decade. --- Arne Duncan, U.S. Secretary of Education June 24, 2011, Policy Letter 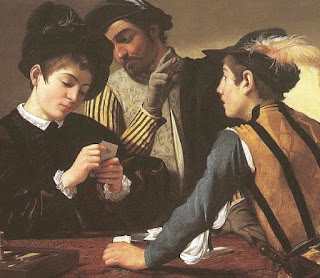 Forty years ago, during the 1970’s, the Great Panacea for the ills of American public schools was “performance contracting.” Adventurers of all kinds, as long as they called themselves “entrepreneurs” and not “educators,” were invited by celebrities of various stripes, our “social and moral leaders,” to step into the public schools and mess with the kids in the name of educational reform.

And so they descended, with assorted gimcracks and geegaws (careful always to call them “curricular innovations” or “new programs”). If they could show improvements, they got paid. Their trick was to show results, take the money and run, before those results could be examined carefully to see if they were real improvements or not.

You can judge the success of these pioneer reformers by the fact that “ A Nation at Risk” was published in 1986 shrieking that American education was a disaster, a kind of “unilateral disarmament.” And only a few years later America 2000 was published with it own jumblebag of cures for ailing public schools.

Today, school people, parents and children continue to struggle with No Child Left Behind. Near magical results have been announced from this program. But there have been misgivings. Michelle Rhee’s contributions to the building of the American Intellect have come under suspicion. (See When standardized test scores soared in D.C., were the gains real?)

It seems that some school administrators and teachers, rather than sit passively by and be fired because they can’t weave straw into gold, have gone so far as to doctor test results, to monkey with evaluation procedures. Imagine that. Such effrontery! Do they think they are Wall Street investment counselors? Do they imagine they are producing drugs to be reviewed by the FDA? Are they trying to avoid the costs of anti-pollution equipment?

Poor babies! Some such educators will likely confess, with a heavy heart, to having resorted to such underhandedness. (See The “Mea Culpa” Culture in Public Education) But why don’t they just take hint from college students they once upon a time gave inflated grades to: cheer up! You do what you have to to stay in the game. We understand. It’s just good business sense. It’s leadership for survival.

For references and to examine these issues further, see Contracting a Real Performance