In a country where celebrity counts so much that Donald Trump can apparently found a university on sheer bluster, and Miley Cyrus can generate 300,000 tweets per minute, why bother remembering Avogadro’s number? -- James Graff The Week 9/6/13 p. 3.

Having been in education almost 50 years, I have long wondered why a country that can put a man on the moon and work abundant wonders in many another field, can persist as a whole in being so distracted by plain, dumb slogans and suggestions of how and why schools should be run. (See Blocking School Reform: “scientific” metaphors)

I studied philosophy, math and smatterings of various sciences throughout my academic education. The questions I encountered were often confusing, ambiguous and, even when sufficiently clarified, hard. Being enthusiastic or well-intentioned or hard-working, by themselves, didn’t help answer those questions. Having knowledge did.

However, when I started teaching as an occupation I encountered practices that, even when failing, seldom were questioned as to their whys and wherefores. Questions? Who really wants to be bothered? Bothersome people need not expect a long or successful career. So, don’t ask questions; just look like you’re getting something done!

However, if you persisted and had not quit in your first three years as most new teachers do, explanations, “theories,” as they were called, abounded. (Actual research, unless it supported "enthusiasm," was disregarded. For an example, see Who Controls Teachers’ Work?) "Theories" virtually gushed from the mouths of anyone who claimed to sport an advanced degree. No matter; their nostrums were generally too vague, or it was too impolitic, or even illegal to put them to the test.

Unless … special funds were available for school “reform.” Then those who could seduce funders into believing that grant applicants could spin straw into gold would often end up making a mint by rebottling old wine or, even, substituting turpentine as a new beverage. see Ineffective Instruction: through ignorance, or distraction? 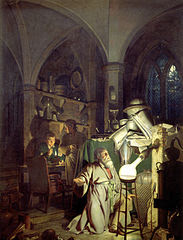 Some researchers have gone abroad to see “why,” for example, South Korean, Polish or Finnish kids do better in school than American kids do. The researchers report back interpreting what generalities they could make as causes of higher school achievement. (See the review of the book, The Smartest Kids in the World: And How They Got That Way. by Amanda Ripley. Simon & Schuster , in The Week 9/6/13 p. 20.) Such reasoning is riddled with logical error.

Invariably someone will claim title to being an “educational consultant” by invoking either or both of two long-recognized logical fallacies:


a. After this, therefore because of this; e.g. “Kids whose parents started attending PTA meetings got better grades. So, parents, join the PTA!” or

In past years I would mention such things to people in other fields and they would shake their heads in dismay that I had chosen such a madhouse-occupation.

Times have changed. Now when they hear that I have been in education for many years they repeat to me the easy reform slogans of the many ed-hucksters chasing after federal and foundation bucks. And of course, everyone, just everyone has a recipe for making schools better.

Concocting proposals to reform public schools has been a pastime in this country for well over 100 years. (See Perpetual Reform: an American Insanity?) You might think it’s been time better spent than paying attention to Donald Trump or Miley Cyrus. But when you consider not only the money frittered away, but the expectations futilely raised, the hopes dashed, in the long run the costs of playing at “school reform” far exceed the benefits.

Nearing the end of my half-century in this profession, this business, this ministry, I do not believe all the hocus-pocus, the hugger-mugger, about school improvement is merely a matter of stupidity, or disinterest. I doubt, for example, the few thoughtful people imagine that narrowing the focus on teachers will accomplish much.

Rather, I suspect that the widespread attitude that somehow education on its lonesome is going to make up for the weakness in its supporting factors, comes from the unwillingness to concede that even people quite removed from the public schools -- not just students, parents, teachers, or administrators -- are substantially responsible for their failings. (See What Can a Teacher Do? Two myths of responsibility.)

Very likely, what is described as the “failure of the public schools” is promulgated to distract from their abandonment by other, stronger, outside institutions, who finesse away their moral responsibilities to society by settling blame on one of its weakest members.

To examine these issues further, see Moral Responsibility in the Education Industry