During the period 1985 – 1986 I spent about 15 months, officially and unofficially, as the headmaster of a small, struggling private school in an affluent and very status-conscious suburb of Philadelphia. Not infrequently I attended meetings for headmasters or parents of private schools. At these meetings, one of the most pointedly disregarded “elephants in the room" was the issue of social class. It was “un-American” to broach such a topic among these proclaimed “conservatives,” who often mistook narcissism for devotion to the philosophy of Edmund Burke.

But it was very clear that the regnant opinion in such gatherings was that there was no competition between private and public education. They were "different" schools for "different kinds" of people. In fact, when a bill was introduced into the Pennsylvania "legislature to provide tax relief to the parents of children who were attending other than public schools, people involved in private schooling, excepting the impoverished Roman Catholic parochial schools, successfully opposed this approach to “equalizing” education 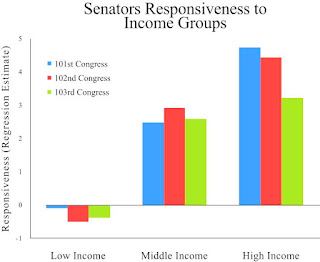 Why? As the headmaster of a famed, old school near Philadelphia put it, "We wouldn’t want the wrong people to come knocking at our door just because they could afford tuition with government money."

There is no clamor to reform private or parochial education. It is not because such schools are highly successful or efficient trainers in scientific, literary or mathematical skills; in fact, many, many are not – after all, what is an admissions committee for? And many of the most "successful" students are the most "surreptitious." (See Cheating Well)

To examine some related issues, see an analysis done by one of my graduate students, a school principal: Pre-Critique Draft of Major Paper on Class Bias