In Politics (Conflicts of Interest), No Hard Facts -- only Stonewalling.


POLITICS, n. A strife of interests masquerading as a contest of principles. The conduct of public affairs for private advantage. -- Ambrose Bierce, The Cynic's Word Book (1906)

All professions are conspiracies against the laity. -- George Bernard Shaw, The Doctor’s Dilemma (1906)

When any organizational entity expands beyond 21 members, the real power will be in some smaller body.-- C. Northcote Parkinson 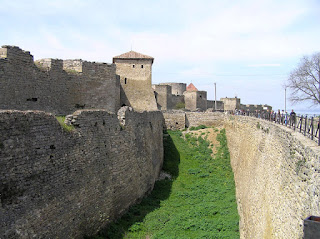 From any practical perspective, Ambrose Pierce has hit it bullseye. Politics is like poker. It doesn’t matter too much what actual cards you hold: no one can see everyone else’s hands, anyway. What matters is bluff, reputation as a player, and betting resources.

If an organization is large enough and has many subgroup interests, even bald-faced lies can be promulgated and survive despite numerous refutations.

Politics is not a search for truth, but an attempt to minimize costly conflict by adjudicating competing claims for resources. Actual engagement in such attempts is directly proportional to the perceived power of the would-be participants. Every person is seen as a partisan, every organization has an agenda. No one is above suspicion of self-aggrandizement.

Scientists who support the Warners are seen by the Dismissers as merely pursuing their own agenda. Science is an interest group. Those who support the Dismissers are seen as blind, and selfish, unwilling to yield their slightest privilege in the face of disaster. So long as there is no person or group recognized by both sides to be credible and disinterested, so long will nothing be recognized as a “hard truth.”

But good ol’ horse-trading among those mutually perceived as too powerful to be ignored will often work to reach some consensus, so long as possible actions -- usually those short of revolution or warfare -- are not thought to be too damaging to the majority interests.

When a politician –indeed, any person -- invokes “hard facts” to support his or her position, what s/he means is “items that I or people whom I trust recognize to be hard facts.” Budget income projections, for example, are not “hard facts,” since the real issues, the political issues, revolve, not only around whom you can trust to determine future income, but on how the money is to be spent.

In a culture where everyone is suspected to be primarily a partisan of one sort or another, there is no authority which all may have recourse to. Actually, what the invocation of “hard facts” means is: “shut up and do what I think is best.” It is a stone-walling tactic.

At this point a supporting strategem is brought in to play: the touting of “leadership”: e.g. “What is needed is ‘real” leadership!” All sides do this, because all persons in positions of leadership are partisans: they have a stake in protecting the perks of their leadership and their status as moral persons. (See Leadership vs. Morality: an Unavoidable Conflict?) In addition, the status of every member of a followership is tied to the status of those whom they follow.

The broadest consensus – especially, the broadest -- tends to be shallow and evanescent. This is because personal and even group perceptions of value, of priority and of need fluctuate often frequently and violently. So it is that any consensus resulting from some personal and group interest has to be frozen, written “in stone” as it were, for lengthy periods of time by employing such practices as promises, oaths, contracts, elections, terms of office, hereditary titles or other traditions. (See The Quest for Loyalty: Oaths, Promises, Contracts, & Vows.)

For references and to examine these issues further, see The Indeterminacy of Consensus: masking ambiguity and vagueness in decision