Inverting Risk: misdescription for the sake of punditry.

The children involved with the Atlanta schools cheating scandal are “the victims of … massive fraud, the helpless pawns of adults who callously overlooked the needs of their charges and focused on preserving their careers.” -- C. Tucker, 4/10/13 Phila Inquirer, A18 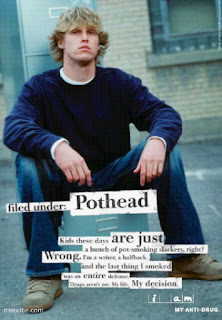 Punditry tempts one to great (see) moral hazard. Once you have a newspaper column that guarantees an audience, you can, if you wish, sacrifice fact and logic for the sake of seducing sympathy for your latest enthusiasm. (Besides, getting to ride the high horse of moral superiority is so delightful!)

First, let’s give but short shrift to the likely false assumptions in Tucker’s diatribe:


a. Did any students or their parents, relatives etc. protest against the high scores announced before the “scandal” broke? (Not likely.)

b. Did the adults involved, i.e. school staff, “callously overlook the needs of their charges? (More likely they did so with trepidation and feelings of guilt. Educators are, to my taste, entirely too sensitive to what kids and their parents claim to want or need.)

c. Which “needs” is Tucker talking about? Is there much agreement as to what they are and which among them takes priority? (Disregarding slogans for the consumption of the ill-informed, the answer is NO. See The Need for and Possibilities of Educational Reform)

d. And, horrors! What kind of adults might overlook the “needs” of others (children included) and focus on preserving their careers? Not just teachers and principals and school superintendents; but, also, presidents, popes, preachers, corporate CEO’s, as well as you, me, members of Congress, definitely, and even pundits! (But see The Mea Culpa Culture in Public Education.)

Now that we are fatigued from wagging our fingers, let’s consider a deeper issue: the degradation of our natural sense of logic and experience by the persistent hammering in of emotional confusions.

By the time a normal child is ten years old, he or she has learned through experience the following three rules for survival:

Rule 1: A sure bet is definitely not the same as a distant possibility;

Rule 2: Sure bets are lower, much lower, risks than distant possibilities; from which follows

Rule 3: Avoid betting things you value on distant possibilities, unless the payoffs are proportionately (inversely) unequal, i.e. massive payoffs may be worth an increased risk, even though small or equal ones are not.

As the headmaster of a private, academic school, grades seven through twelve, I attempted to solicit financial support for our programs from corporations around the Philadelphia area. I was never successful in the face of the reasons given by almost every one of those who refused: “High school kids are too distant a prospect for us to bet on. Too much can happen before they get to us. We only contribute to programs for upper-class students in college, because we’ll see them presently.”

No dummies, they! They have retained their childhood knowledge of Rules 1-3 given above. They put their money on the surer bet.

But, in this cruel world we live in, who in their right mind -- unless well-endowed (or a hopelessly optimistic educator) -- makes a bet on the future prospects of a school kid at the much surer risk of destroying their career? That is, discarding a career they have poured much time, sweat and money into, along with the pension they cannot recover through new employment? Tucker seems to think this would have been the reasonable option for the educators involved.

“Reasonable” for educators, but not a newspaper columnist, I am sure.

For references and to examine these issues further, see Illogic and Dissimulation in School Reform