Those who control how you trust, control you . (See Related Blogs) 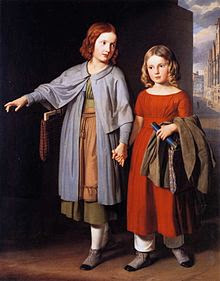 There is much ado, both socially and politically, about which aspects of our society our laws should give priority to, for example, “free markets” or “government control.” Many people pick sides, founding fan-clubs of sorts, and spending a lot of time “debating” the “issues.” This is like a bunch of rabbits tuning in on a quarrel between wolves and foxes as to how those predators should arrange their dinner menus.

Of course, the rabbits have a role to play here. They -- in their massive numbers -- have to trust either wolves or foxes in order to facilitate the carnivores’ meal-making (and not flee or resist their needed participation).

There are seldom, if ever, any “free” markets: there are only people free to manipulate the trust of others. But neither are there, however exalted, any “trustworthy” institutions, in and of themselves: it is our bestowal of trust that makes them so. The very common ideas of “need to know,” or “proprietary secrets,” “name-brands” and “Trust me!” attest to this.

Judgment is regularly and openly diverted from a search for information in order to make a comparison to standards, to the well-encouraged short cut of emotional response to advertising. Caveat emptor -- like many another commandment in our “faith-based” society -- is given lip-service, only, and disregarded in practice.

Much of the expatiation on Constitutional rights and liberty, as well as that on community and tolerance is little more than seduction into trust. But it will likely be the thoughtless bestowals of trust by ill-informed, mal-educated, or distracted individuals that pave the road to innovative (!), modern (!) , 21st Century (!) forms of slavery.

To examine these issues further, see PERSONAL LIBERATION THROUGH EDUCATION?