That’s the secret to politics: trying to control a segment of people without those people recognizing that you’re trying to control them. -- Scott Reed, Republican Strategist and Lobbyist (NYT mag. 10-16-11, 47)

In the United States of America, a country where, repeatedly in public ceremonies, much is made of its being a democracy. Here, in the US of A, the idea of “controlling” people is taboo, not to be spoken of, "an elephant in the room."

Rather, most Americans are taught to think that educated, informed citizens, consulting their consciences, freely and rationally choose to vote for the leadership of those people who, in fact, support the values of the voters. This is the professed political ideal.

This ideal helps us understand why a lot of concern is expressed over what is taught in schools, particularly in public schools. (See The Ideal School: What should it be like?) But is that a concern because people fear that teaching is not up to producing ideal citizens? 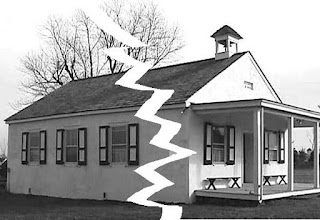 Or is it, rather, because many people, “important” opinion influencers, feel that the ideal rational citizen of a democracy would be a threat to their interests, political, social and economic?

For references and to examine these issues further, see The Classroom Teacher: Who Wants Experts?