Can Science Improve Moral Education, Too?

When religion was strong and science weak, men mistook magic for medicine; now, when science is strong and religion weak, men mistake medicine for magic."  -- Thomas Szasz
Vice-President Pence receives Covid vaccine (Oct 2020) and hails it as a 'Medical Miracle'.

Science has helped us improve many aspects of life: agriculture, medicine, travel, construction, manufacture, longevity and health. Generally, where scientific method has been brought to bear successfully in these arenas, there is little controversy as to the desirability of the results.

So why doesn’t Science step in and find out how best to morally educate people? Traditional moralists and promoters of religion don’t seem to agree very much on what should be done. And even when they agree they don’t seem to succeed very much with the people they work on.

Some scientists propose that what enhances natural human capacities also enhances their morality; and, apparently, their happiness, too. People who run, dance, play, reason, love, sing, read, consider, paint, cook, swim and compare better are happier than those who can’t. They also tend to be more ethical, or so it is believed. Science can investigate what produces these enhancements and help produce them more reliably. 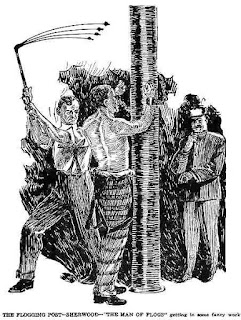 But some of the products of research on artificial intelligence -- hopefully, perhaps precipitously, -- called "intelligences"(should we read here "minds"?} would not likely be tempted by sex 'n' drugs 'n' rock ‘n’ roll. And people do worry about creating dangerous robots. Elon Musk has cautioned about wakening "the demon." Can Science perhaps help even here?

Some stodgy old moralists -- I suppose I am one – would point out that what makes people happy may not be good, for them or for others, or just not good, period. Certainly we can enhance an individual’s indifference to the suffering of others, his ability to inflict pain without remorse, his hatred for folks different from himself both by methods that have been known for eons and have also been enhanced by the scientific study of torture and propaganda. This individual might be happier for being crueler, more sadistic and prejudiced. (He,she, it might even be artificial.) Has his(her, its) individual morality improved?

Perhaps would-be moral educators, fixating on either Religion or Science for answers to moral education's conundrums have been looking too hard, but not very well, in all the wrong places.