Knowledge, Freedom, Wisdom: Are These the Point of Schooling?


Who are a little wise, the best fools be. – John Donne

It is not accidental that we speak of sending our dogs to “obedience school.” Show horses, too, are schooled. Indeed, any circus animal that that is to perform in public receives “schooling.”

Such training is necessary since the natural impulses of dogs, horses, elephants and tigers are not attuned to cooperating with or supporting human social purposes believed to be desirable. So must it be thought to be the same with human children, to judge from our practices of compulsory schooling.

“But unless they go to school, kids would run wild and grow up to be, at best, anti-social ruffians.” Perhaps. But does this mean that incarcerating them for ever-increasing periods of time -- think of the movements to do away with recess, summer vacations and free Saturdays--, will make them (and us) healthy, wealthy and wise? 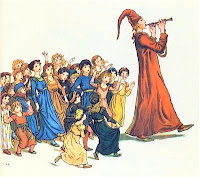 So what if they do learn a little math; and less writing? And even less history? Whose benefit is served if they learn to spout scientistic slogans about human nature and the universe? For example, “All human behavior is generated from the brain according to the laws of nature.” Or, “According to the latest research the universe is finite (or infinite, or multiple -- pick one or more).” How is it possible to take seriously supposedly “scientific” pronouncements about “all” of anything from individuals who inhabit a mere speck of dust in a remote corner of the (or “a”) universe during a minuscule interval of time?

The previous statement is not an attempt to beat up scientists: just the popularizers and propagandizers of “science” whose overextended conjectures end up in the schoolbooks students are exposed to (usually in textbook chapter summaries, or supporting materials). (See The Curse of Knowledge vs The Dunning--Kruger Effect: an instructor's dilemma.)

For good reason, public educators in our pluralistic society attempt to distinguish between religion and science in constructing curriculum. What they often miss, however, is that being skeptical, or anti-religious, does not, in and of itself, qualify an idea as being scientific.