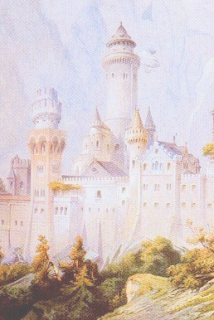 Oh, the buzzin’ of the bees and the cigarette trees,
The soda water fountain
Where the lemonade springs and the bluebird sings
In that Big Rock Candy Mountain. --- Traditional

“Reformers” of all stripes have long looked to “education” and its institutions to “reform” society. And they look to “society” to “reform” education. (This normally amounts to little more than fiddling with the public schools.)

There is a vicious logical circle here: education is to reform society, which is to reform education. How do you break into this circle? By using political means? Then how do you expect it to succeed if the politically adept people don’t want a change that might threaten their own interests?

George S. Counts, a professor of education at Columbia University, 1932, asked, “Dare The School Build A New Social Order?” A prior, more important question is whether the (public) schools can build a “new social order.” (If wishes were horses …)

“Promote school choice,” opines Lance T. Izumi, senior director of education studies at the Pacific Research Institute.* School choice will enable parents to switch their kids from the “unsatisfactory” schools their kids are in to ones that are better. And how will they know which ones are better? By word of mouth? By advertising? Will they risk their kids’ discontent by sacrificing the kid’s friendships and comforts of the familiar merely to pursue will-o’-the-wisps of distant future rewards gotten, supposedly, through something called “academic achievement”?

The competitive conditions for school choice that Izumi proposes are not likely -- to tell from past experience -- to provide what Kati Haycock, president of the Education Trust,* proposes: to provide “strong” teachers with the kinds of salaries they deserve.

What is this “strength” we are looking for? Who will judge what they “deserve”? Our present legislative committees? Our present commissioners of education? Our present school boards?

Being serious about policy means not dodging facts or hard questions.