One of the most persistent suggestions for curing what ails American education at all levels is to help students develop "critical thinking." Everywhere, you find people complaining that college graduates don't know how to think critically. Neither do younger students.

But why is critical thinking often praised but seldom implemented in the schools? There are four important reasons. This first is that, in casual conversation, “critical” implies nasty, often disrespectful, mocking evaluation and complaint. Parents don't want to have their kids coming home even better equipped to do what many are already too inclined to. And they certainly don’t want it applied to what they, as adults, esteem. 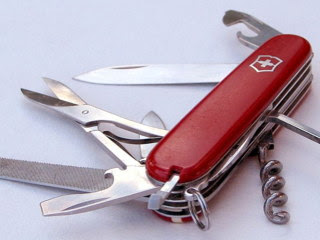 Secondly, critical thinking is conceived of, by many people, as little more than a weapon. Parents only want weapons pointed at the things and people they disapprove of. Many would sooner trust their kids with firearms. You can’t destroy Faith with a bullet; but you can sure weaken it with critical reflection. So it is that critical thinking is shunned if it focusses back on one’s families’ own beliefs and values.

The third reason why it is not taught is that it is not sufficiently emphasized that, in order to avoid indoctrination, all reasoning in critical thinking classes, is hypothetical. It examines what connections among thoughts might exist. It need not take the additional step of advocating action. People outside of schools tend to be, or pretend to be, action oriented. To think something is to act on it. Teachers -- indeed instructors at all levels of education -- often overstep the boundary here and try to surreptitiously press students to act, rather than let those students reflect on whether they have good, personal grounds for action.

But messages here are mixed. Parents, and social leaders, want teachers to get their students to act in ways those higher-ups approve of. The incessant worry about values education reflects this. But teachers who get kids to act, no matter how morally and rationally, in ways their superiors find discomforting, are liable to criticism, even dismissal.

The forth and final reason is that critical thinking instruction is seldom thought of by non-educators as teaching how to "get down to facts" or "uncover basic values.” (See Authority, Fact & Value). Assuring that indoctrination will be avoided, critical thinking skills could be seen as even more important when applied to things we value. For example, most people when they want to sell their house, overprice it and try to show it to prospective buyers full of the memorabilia that makes it a home for them, the present owners. They don’t see the faults and don’t consider that piles of books, souvenirs and pillows they personally find comforting and homey, are likely to be just junk in the eyes of a prospective buyer.

Suppose you, the seller, were buying a house. What would you be concerned about? The age of the roof? A wet basement? Termite or mold damage? Make a list of questions. Now ask yourself what the answers might be for this beloved domicile, this home you are putting up for … sacrifice, er… sale? Don’t make excuses or cover-ups. An astute buyer wouldn’t. Use critical thinking methods to guide your actions. If you won’t, a good real estate agent will.

The practice of systemizing and standardizing questioning has long been followed in many occupations, especially, the law. Sets of broad, standardized questions are called “Interrogatories.” Many kinds of legal activity, for example, require that interrogatories be completed, before time is spent by specialists in judicial proceedings.

Here is a hypothetical example for educators: suppose we were considering whether to incorporate computer literacy into a class on printmaking. Important questions in developing an interrogatory might be:


Notice that merely to answer these questions does not automatically commit you to the change, or even, to resisting the change.
(For more on this see Evaluating Proposed Program Expansion)


A useful, non-formal approach to critical thinking is to get familiar with formulating and using interrogatories. For example of interrogatories and their applications, see Developing Interrogatories to Aid Analysis,  Problem-Solving and Conflict Resolution