What Can Schools Do For Our Children?

As parents, we want a lot for our kids. And we expect school to provide some (sometimes, a great deal) of what we want.

We want what is desirable, not undesirable: an interesting classroom; not, boring repetition. Warmth when it’s cold and coolness when it’s sweltering; not, the reverse. Teachers who are patient and know their stuff; not, easily annoyed incompetents. Classmates who treat each other with respect or care; not, bullies or bad-mouthers. Schools that children are eager to get to and stay late at; not, ones that destroy interest, or make children wake up in the morning with a feeling of dread or leave with a feeling of relief.

In a galaxy long ago and far away I attended various schools with some of those positives. We had time for music and art more than occasionally; but even math drills or penmanship practice was focused and limited. We had recess or gym for some physical activity. We had class or school plays which were not considered a waste of academic study time. 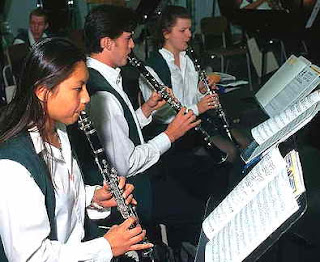 No one imagined that as schoolkids we had to be prepared to Improve the World or national economic standing in the decades to come. (Too bad, perhaps. Maybe if I had been forced to do more long division problems back there in 1953, the bank failures of 2008, or the 2010 earthquake in Haiti, might not have happened!)

Not all was happiness and light. Schools also replicated the prejudices of the wider society albeit in a somewhat reduced form, especially since our teachers, who were almost all women with decades of experience, saw themselves to some extent as social reformers.

What schools can do for our children depends upon what we can come to agree on is desirable. But not all desirable things are compatible; they may only be had as exclusive options.

Some benefits may be available to all. Others are self-restricting. Time, money, student interest and teacher expertise, for example, are necessary but not limitless. This is true no matter what the state of the economy or World politics.