I grew up during the Cold War, being told by media, by teachers and by parents about the kids in communist countries having to wear red scarves, to salute pictures of their leaders and to memorize as solemn truth the doctrines their political masters deemed it necessary to impress into their minds. Deviants suffered, if not prison, unemployability. 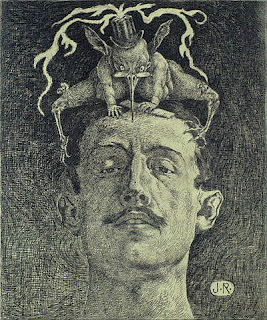 Today, in this United States of America, Home of the Free, anyone who would be a teacher runs the risk of being submitted to similar brainwashing. The more prestigious the university, "secular" though it may be, the more likely it is that professors will forego dialogue of any sort and merely try to intimidate freethinking (uh, excuse me, “deviant”) students into accepting their kind of wishful thinking as science.

Deviants can be denied a teaching license, irrespective of their earned grades or certificates and without explanation from those who have judge them to be “unsuitable for the profession.”

The children of this United States of America, Home of the Free, who are to learn and grow up to be citizens free to vote their consciences, are to be taught only by apparatchiks who are not free to question their university masters.

To read about a far from unusual case of attempts at intimidation to enforce orthodoxy, see Jay Mathews’ “They Messed With the Wrong Blogger.? (I have been unable, 2/15/20, to recover Mathew's Blog from its original Washington Post 2009 location.)