If wishes were horses, beggars would ride. --- English Proverb

In the teacher-training programs I taught in for more than 20 years, I would ask the students in my classes what they thought they would be doing 10 years hence. Almost unanimously – and overly vociferously, to my mind – they would answer “teaching!”

I would mention that a high (thirteen per cent per year in 2001) drop-out rate seemed to indicate that teachers are not well-prepared in college for the reality of their jobs in schools. (See Richard M. Ingersoll, (2001) Teacher Turnover, Teacher Shortages and the Organization of the School ) 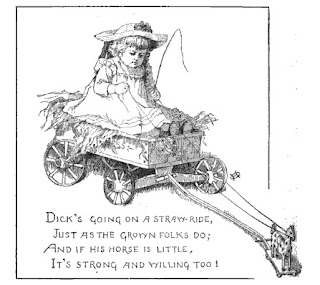 I pointed out that at that rate of loss, it would take a little over five years to vacate the profession, were it not that new, eager faces were funneled into the breach.

Their unhappiness at my observation provoked a great deal of discussion, lead some students to articulate interesting insights, and undoubtedly lowered my ratings at the end of semester student evaluations.

One of the counterproductive habits my students would develop in their program was an inclination to link any two items of interest to them into some kind of cause-and-effect chain. Are students doing poorly in school, provide them with breakfasts! (Pay no attention to the fact that the kids dump the eggs or cereal and eat only the sweet buns!)

Is there too much loitering in the hall? Adopt a school rule which forbids loitering! Or, even better, adopt a hall pass system. As everyone knows, kids with hall passes can’t possibly loiter; just as people who swear oaths cannot lie; nor, people who wear uniforms, commit crimes.

Actually, this kind of “controlled-permission” thinking is nigh universal. In my township people have to pay to get a permit to fix their sidewalks. Rather than ‘fess up that selling permits is a source of income – perhaps necessary, or not – for the township, official documents would have us believe that “ a permit is required so that Township specifications are met and uniformity is assured.” (The contractors who do the work ignore the specs, so the inspectors who check it out ignore the lack of uniformity. Sounds like every school I ever worked in.)

A common experience that drives away teachers from schools is so-called “Staff Development.” Its purpose seems to be to take enthusiastic, intelligent, skilled people and make them listless, stupid and incompetent. Staff development works not infrequently to strain their credulity, stultify their normal critical abilities and undermine their capacities for reasoned judgment. When staff development becomes a ritual – Wednesday afternoons, 1:30 to 3:00 PM – then you know there is little shared thought on how the school is supposed to be productive. Have you ever heard of engineers, farmers, or orchestra musicians holding “staff development” sessions?

Much staff development in education is dedicated to the examination of mission and vision statements, such as Empower each student to succeed in life and contribute to society -- from an affluent school district just outside of Philadelphia.

There’s an image for you! Educator as Omniscient and Omnipotent:


O! Beautiful! For Teacher’s dream
That sees beyond the years.
Thy high school slackers faces gleam,
Untouched by sweat or tears!

For more on this see Mission, Vision & Delusion in Schooling